I think it’s fair to say that, with regard to sewing, I’ve had a good run of late. Sure, I’ve had a few blips but almost everything I’ve made in the last year, I wear regularly. Not this one. It’s the alternative view of the here – and wear it loads. I got some denim at the K&S show and thought it would be really nice for the other view. 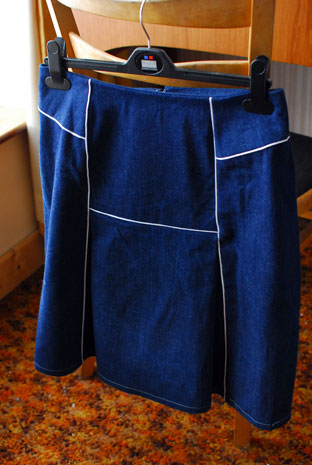 This was more tricky than the other view. There are many sections to the front and the piping needs to be very carefully applied. I took my time and was very pleased with how it turned out. 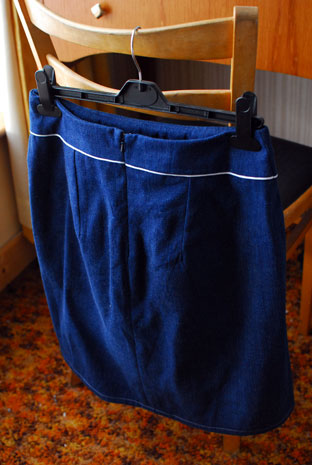 The back, too, turned out very nicely and I’m happy with how the piping lined up. 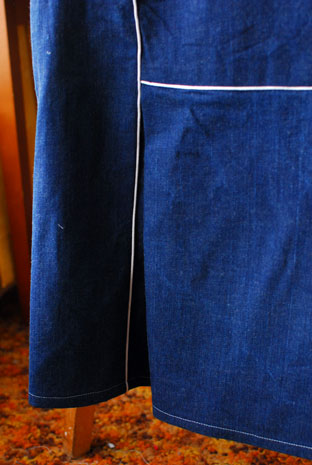 The problem lies with the pleat. It looks fine here but when on, it sticks out at the most ridiculous angle. No amount of pressing and re-pressing could get it to behave. I think it is a combination of the thickness of the hem and the fact that the pleat starts at the widest part of the skirt. Either way, it doesn’t work. I have left it to one side but am considering redoing the hem in a way that will make it less thick. Sigh!

Alb and I are in Galway this weekend. I had a really nice time mooching around town earlier. Whatever you’re up to this weekend, have a good one!