So remember the polka dot pockets in the shorts I posted about this week? Well, they came about because of another project. Back in early February, I came across the red polka dot cotton in Murphy Sheehy’s and, really, I had a bit of a moment. 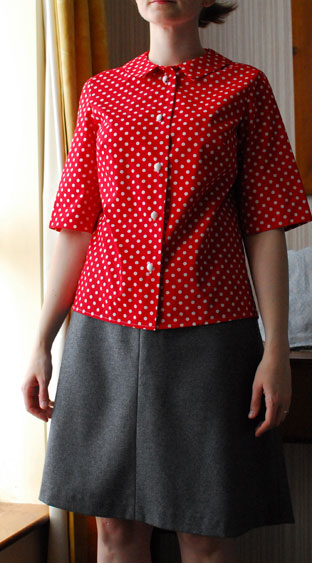 This is the same pattern as my last dotty blouse except as the short sleeved version. It’s pretty boxy but it sits surprisingly well. 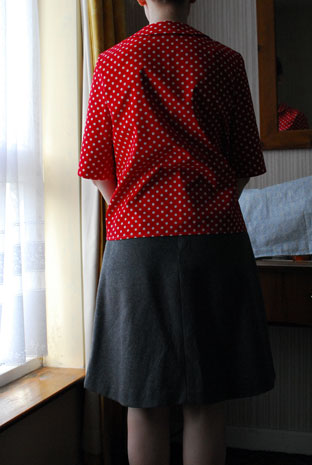 I used about 2m since it was quite narrow though I probably could have gotten away with a little less – there is a huge 10cm hem on the sleeves. That said, it gives them a lovely crisp edge and controlled drape.

I got really held up finishing this off because I ran out of white thread and was too busy to go get some. I had a really crazy few weeks in February. Anyway, I finally got sorted and got my buttonholes made… only to find that I’d made them ridiculously small. They were probably the smallest buttonholes ever made. I’m not entirely sure how I managed it. I had them all cut and finished off before I realised. There may have been some sulking but engineer husband was quick to point out that you can always make a hole bigger but not smaller! So if you look closely, you’ll see a little overlap in the middle of the buttonholes where I cut the tack at the bottom of the original hole and sewed a longer hole. Crisis averted. 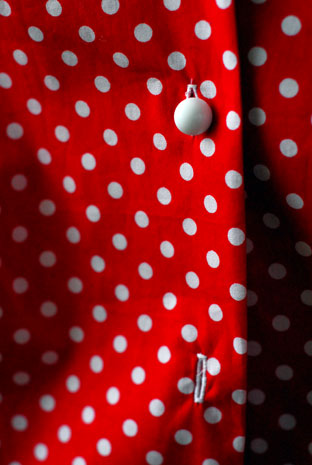 I really like the buttons. I found them in Rubanesque. They’re glass and were something in the region of €1 each but I only needed 5 of them so it was worth it. All told, I made the blouse for less than €20 which is good going, I think. 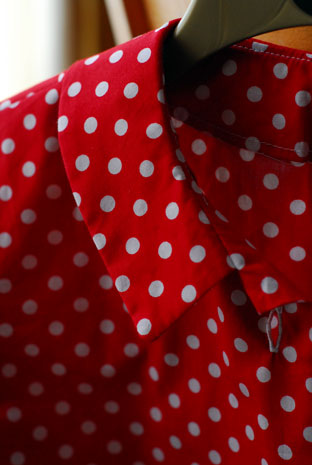 It’s a fun, summery blouse. All I need now is some weather to wear it in! Have a lovely Easter!