Here’s the bicycles tshirt that I finished up at the weekend. 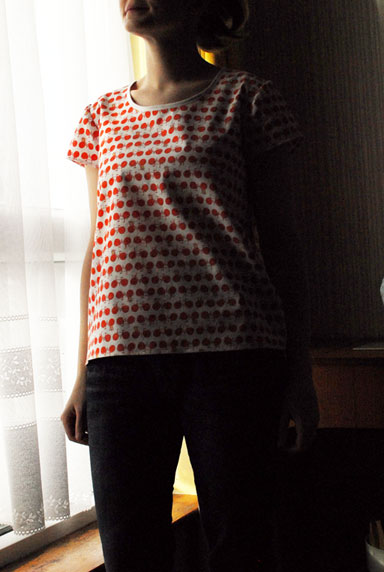 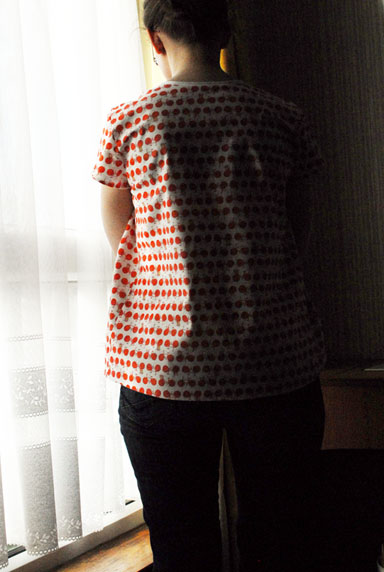 Initially I didn’t like the shape of this very much. It’s quite tent-like, but it falls pretty nicely and is extremely comfortable.

The pattern was very simple to make up. It took me maybe three hours altogether. Only two things of note about the pattern: the piece given for the bias binding for the neckline simply is not long enough (by over an inch), and the sleeves required far more gathering that I thought was necessary. It took a lot of fiddling about to eliminate tucks. I was a bit annoyed about the bias binding but luckily I had enough white binding left over from my Sorbetto top, so I used that instead. 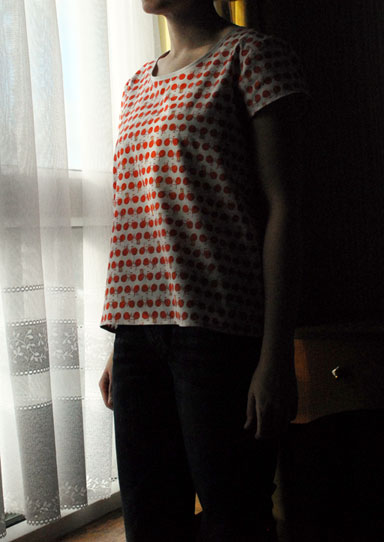 The other tiny thing about this project is that I experimented with sewing a very narrow allowance on my hems. I sewed on my binding with a 1/8″ allowance and given its narrowness to begin with, the seam was almost in the centre. Now, it looks fine, but I would have liked something closer to the edge. So for the hems, I tried using a point on the foot as a guide and it worked out more perfectly than I could have hoped for.

Anyway! The pattern works well for a basic top and I think if you lived in a place that got summer, it would be nice to make a few.