I can’t help myself. Sewing with checks and plaids are like making and assembling a giant puzzle. Every seam is absorbing. I’m sure I’ll get over it but for now… 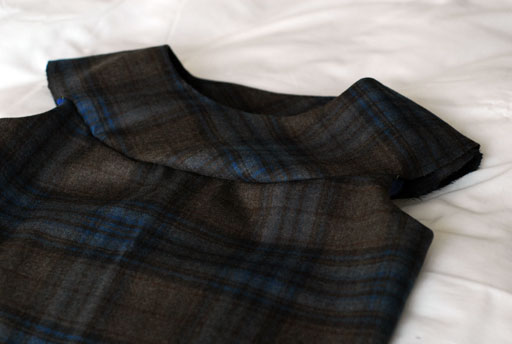 I took my Amy Butler Anna pattern and made some adjustments. It fits nicely at the bust but there are gathers and I didn’t think they would look good in this fabric. So I made a wee tuck in the pattern piece to take them out. I took it in around the waist and included a zipper instead, and I took out the button closure at the back and cut the back yoke as one whole piece. I cut the yoke pieces on the bias, too. 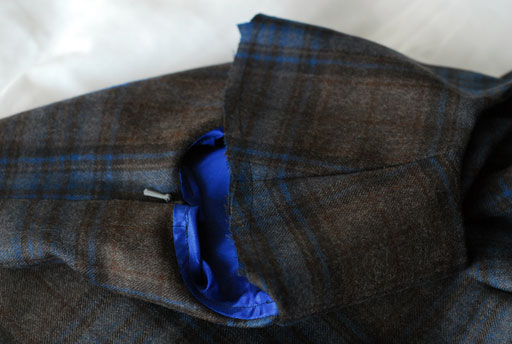 The fabric I got at the Knitting & Stitching Show and the lining, from Murphy Sheehy’s. I’d been hoping for something a little more turquoise but the royal blue works well. The yoke is just tacked in place for now, I’ll get to it later.

For some strange reason, I was drawn back to the shorts that I started at the beginning of August. I think I put them away because I didn’t want to do the zip. Anyway, after a false start that involved sewing in my most perfect zip yet without the waistband on, I got going. 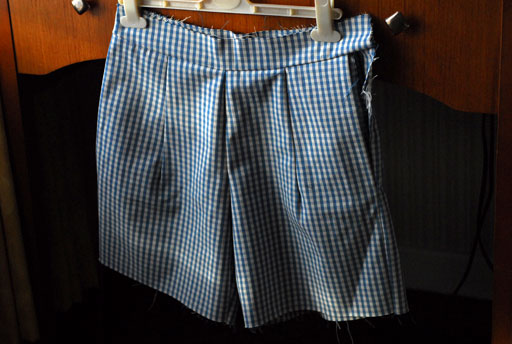 Attaching the waistband took longer than anticipated. It’s quite curved and I wanted to match the lines up as well as I could. I had to rip it out once but I got it right in the end. The back is a little out in spots but most of it is alright. 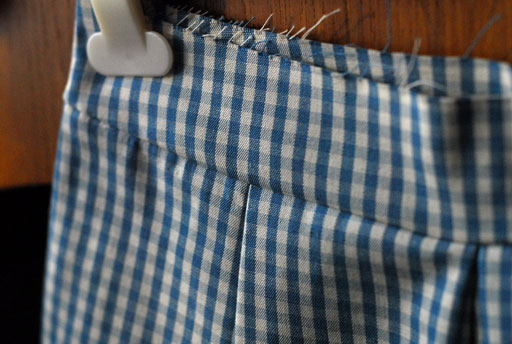 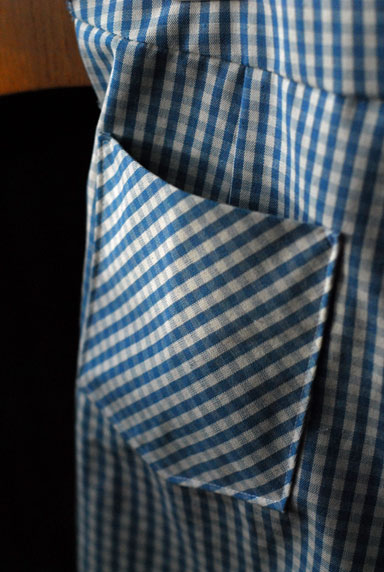 A zip, waistband facing and some hems are all that remain. Maybe I will jump on the shorts-with-tights bandwagon when they’re finished (what’s with that, by the way?)…

One thought on “Lines”