I had hoped to take and show pictures of this skirt over the weekend, but the weather was dreadful and it was far too dark to do so. We had very bad localised flooding in Dublin yesterday (it took me nearly three hours to get home from work) but today, the sun is out! No better time to take photos of a black skirt. 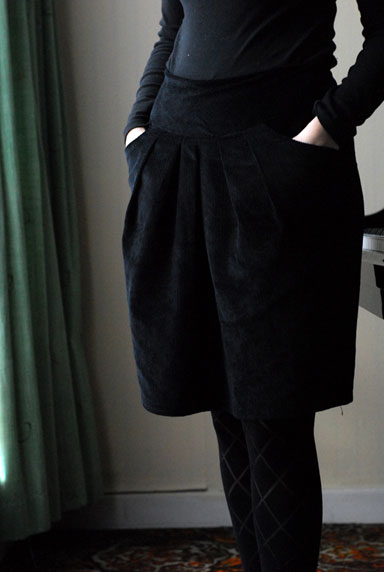 The pattern I used is the Proper Attire Skirt by Anna Maria Horner. I made View A. I bought 1.5m of 150cm wide black cord and used probably about a metre, including having to cut out two extra pocket pieces because I made some mistakes. I didn’t line it because the wrong side of the fabric is quite smooth. I used the same fabric to face the yoke , turned in a small hem and tacked it down by hand. It worked out really nicely and you can’t see my stitching from the front at all. 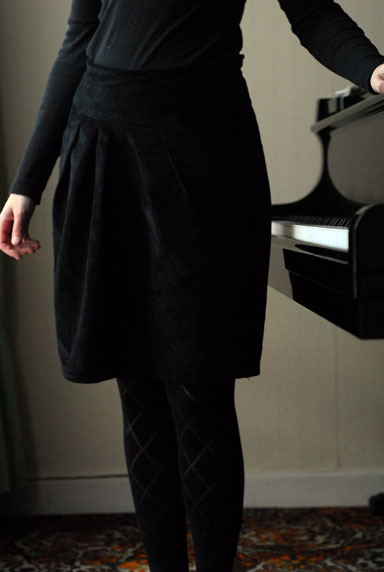 What I did was, I sewed it as instructed and cut the curve behind the facing. Then I unpicked my stitches, turned right side to right side, and machined it so that there was no raw edge exposed. It was tricky because it was very curved and the cord has a heavy nap, but it worked out great. 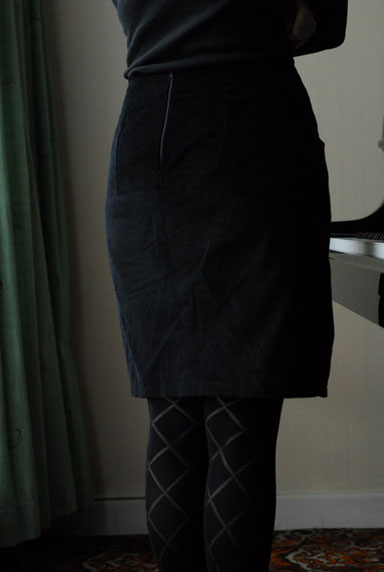 The other issue I had was with the darts in the back – this one is all on me. I suppose this is where making a muslin first would have paid off. It wouldn’t have mattered so much except that the skirt is very fitted across the back. I spent a long time tweaking them. They’re still not perfect but it was the best I could do at the time.

All in all, though, it is a clear, straight-forward pattern and apart from the pocket thing, the instructions were excellent. I paid €18.75 for the material and have a useable amount left over, so that’s pretty good going.