It’s been a heck of a month. We took an 18-hour bus trip to Buenos Aires and there… well, we didn’t do a huge amount. We did some sight-seeing and tried (but failed) to do some shopping. Mostly, we lounged around and ate our way through Palermo and San Telmo. The highlight was definitely taking a tango dance lesson which was followed by an excellent tango show. I got picked out of the crowd, along with some other unsuspecting members, to dance with the people in the show – it was amazing. I didn’t trip over myself or fall down or anything. I think I neglected to mention this but I managed to finish and submit a thesis for my masters while we were travelling. It wasn’t very good, but I passed and I graduate at the end of the month. Phew!

It’s taken us a while to get settled back in at home. I’ve started a few new teaching jobs and have lots of new students. One of my jobs this term is filling in for a friend’s maternity leave. She just had twins! We played lots of duets together last year and had so much fun. Naturally, I really wanted to make her something for the babies. I made two burp cloths using some fabric I had left over from something else and some flannel pyjamas that I don’t think I ever wore because they were miles too big for me. 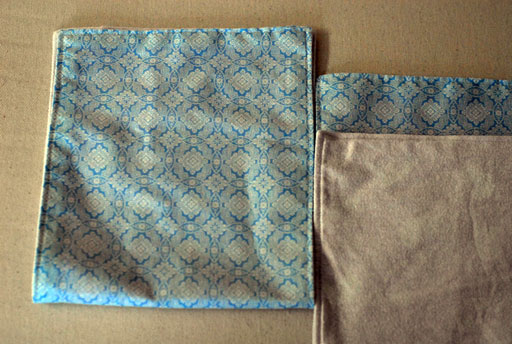 And I made two bibs using two fat quarters and more of the same flannel. I love the fat quarters but I always ended up passing over them because the colours are quite bright. The bibs fasten with velcro on the back.

The other project I finished up this week is a tartan skirt. I found the material in Murphy Sheehy’s and figured it would make a great exercise for matching up the pattern. Let me just say that it was just as well I bought 1.5m and just not 1m. The skirt pattern I used was the same bias skirt pattern I used for this. I managed to cut out my back piece half a pattern repeat off. Sigh! I found using the first piece as my template to cut the second piece very useful for matching up the lines. 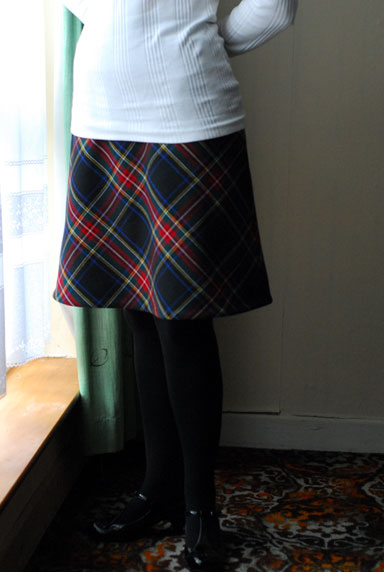 I sewed it together by hand, which was just as well, because it needed some tweaking. When I was happy with it, I machined sewed it. 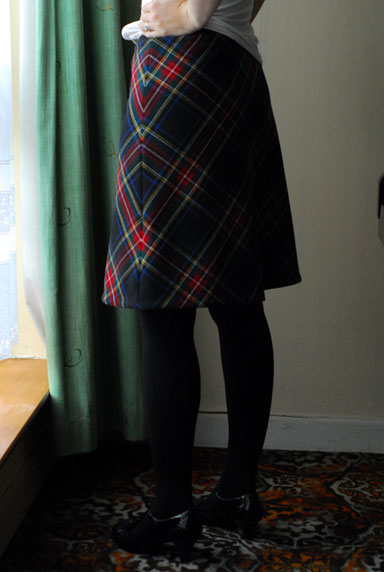 Even though the pattern doesn’t say to, I decided to line the skirt because it’s wool and would stick to my tights and generally be annoying. So I made the lining the same but didn’t bother basting it first. There isn’t even facing at the waist, I just sewed the two together and then sewed a 6/8″ seam below the seam for the waist to make a casing for the elastic. Very high-tech. 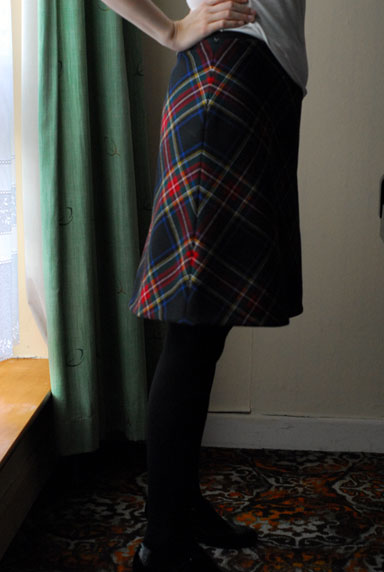 Given the quality of the fabric, I didn’t want to mar it by machining the hem. I pressed it, basted it by hand and then hemmed it by hand. It didn’t take very long at all and it meant that I had lots of control over the bias. I steamed out all my seams as best I could but I think it could be a bit better.

It took me maybe about four hours altogether. The other one I made had no lining, I didn’t even bother trying to match the pattern, and it only took me one hour. I think the extra time was worth it though. It’s really comfortable, has good movement without being too flared and was much cheaper than the shop (about €20 including the lining compared to about €60 I’ve seen for 100% wool skirts).

I’ve been knitting away like nobody’s business because I now have some train commuting to do from time to time – that’s for the next post!