After some… issues with my machine, I finally got this finished off. It’s the ‘Cami’ view of the ‘Anna’ Tunic pattern by Amy Butler. I made the dress before Christmas so I expected this to be easier than the first time. It was but I still had a few issues. All user error, I assure you! 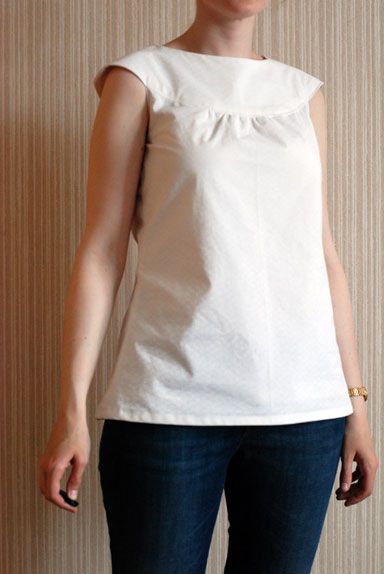 The material is a white cotton with a matt white, small floral print. It is a little bit curtain-y but worked well for this top. I think I used about a metre and had about half a metre of lining left over that I used for lining the body. 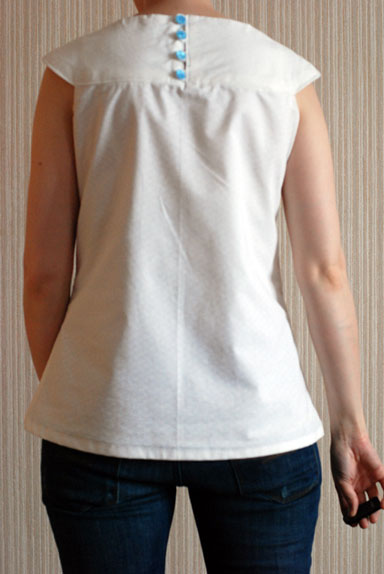 The yoke is lined with fabric so you could choose not to line the body if you didn’t want to. The button loop closure works really well for this pattern. Unfortunately I was dozing a bit the day I sewed the loops into the yoke and managed to sew them onto the wrong side. I suppose it wouldn’t have mattered but I quickly realised that I could just flip the loops inside out. They don’t lie quite as nicely as they originally did but it’s not noticeable. 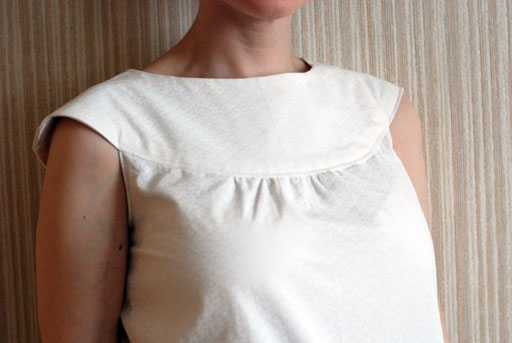 I found the top stitching around the yoke tricky enough and ended up with one or two small tucks. If you look closely around where I stitched at the back opening, you can see where I had a bit of a wobble due to the sudden thickness of fabric from the button loops, but you have to look really closely. I wasn’t expecting that to happen so I’ll know for again! 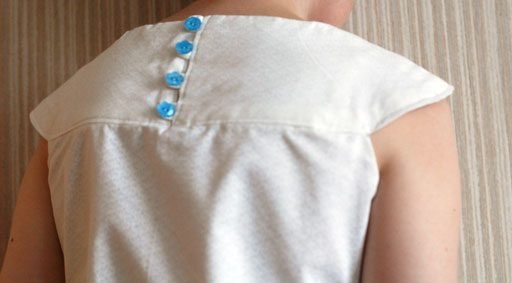 The buttons I got in Amsterdam that time we were on our way to Thailand.

So, these user errors! I have to say I found hemming the darned thing the hardest part of all. Because the shape is quite A-line, I was getting an excess of fabric and it took very careful manipulation and tacking so that I avoided tucks. I expected the same from the lining but it was no problem. I did have a problem with the lining because I managed to cut the back piece too large. I just couldn’t get it to fit into the yoke properly so I ended up having to gather it slightly and ease it in. I also had a problem with the fit of the yoke across the arms. I don’t have a seam allowance guide on my machine and I ended up sewing nearly a 2cm seam by accident. I didn’t realise until I had the yoke completely finished, at which point I really did not feel like taking it all out again. My mum suggested that I let it out a bit at the underarm to relieve it. I’d already trimmed the seam allowance but I was able to let it out by about half a centimetre. I didn’t think it would make much of a difference but it really did. 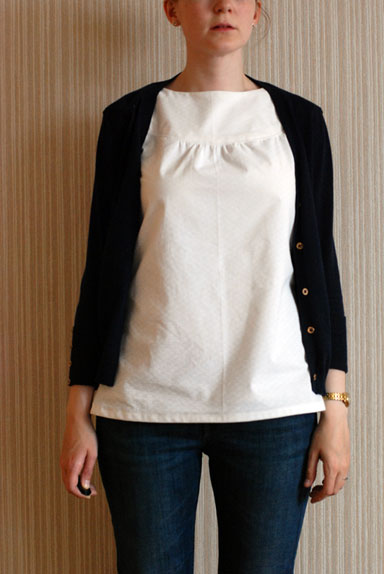 It looks ok with a cardigan over it, too.