Remember this?! I got the yarn for Christmas and I knit it up pretty quickly… I just never got around to photographing it. We’re definitely having the weather for it now so I dug it out the other day. 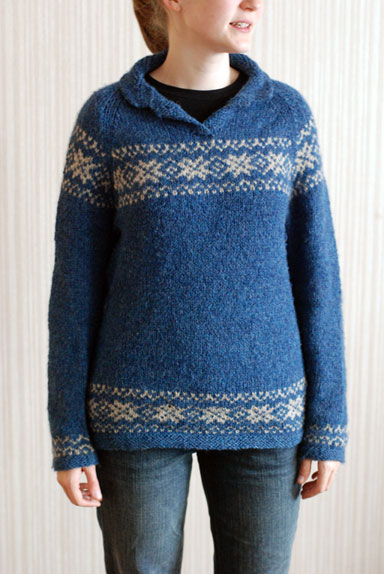 Pattern: Stilwell from Made in Brooklyn by Jared Flood.

Needles: 5mm, 6mm, 7mm. I used the 5mm for the garter edges, 6mm for the majority of it, and 7mm for some rows of the colourwork as specified in the pattern. 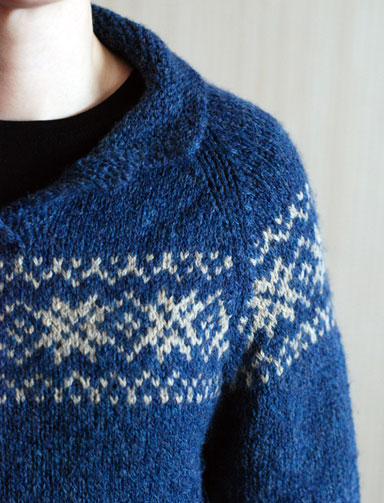 Overall this took me about a month to knit between February and March. Some things set me back. For a start, my swatch didn’t (and couldn’t possibly have) accounted for the drape of the yarn. I had to rip out my first six or so inches, reswatch with a much bigger swatch and reknit. That I can handle. What I found unforgiveable was the pattern chart. There are a number of charts for the bottom, yoke and cuffs of the sweater. In the book, they are shrunk down as tiny as physically possible. Instead of having separate charts grouped into bands of sizes, all the sizes are lumped in together. The bottom line is that it was next to impossible to keep track of what size I was supposed to be following. Being left half-blind from squinting at the charts didn’t help either. 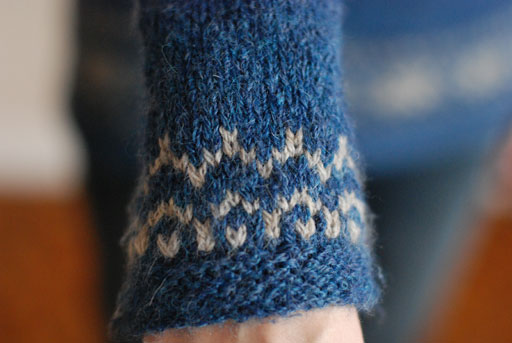 It is such a pity because the concept of, photography and garments in the book are all lovely. I believe it is being released as an e-book along with loose patterns for download eventually – if you have the option, go for the digital version so you can at least zoom in when you need to.

That said, the finished product is really snug. If I were to make it again I would probably choose a less drapey yarn. It is already a bit saggy around the armholes from the weight of it. This doesn’t bother me as I use it as a winter-night-in sweater but if you had other plans, I would recommend a more springy yarn like a 100% merino.