This time I’m involved in the music for a one man play called Tom Loves a Lord. We played Friday night in the Town Hall Theatre, Galway. (The theatre gives a good synopsis of the play). I wanted to post about it before the night but we were so involved in rehearsals and set up on Thursday and Friday that I simply did not have one spare moment.

Here we are about fifteen minutes before starting. 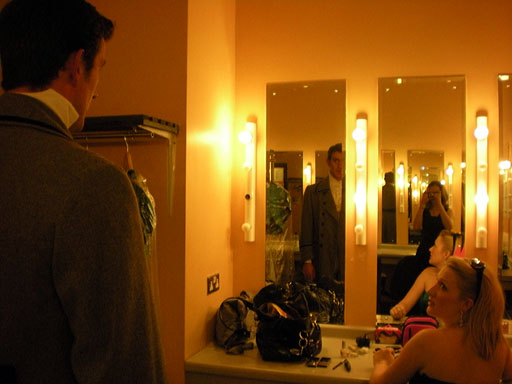 Martin Dyar, the ‘one man’ part of ‘one man play’, also wrote it. I must say, it is interesting, easy to follow and most of all, funny. His conception comes across so clearly. The structure is simple but the language is so full of nuance that each character is convincing with their own quirks and contradictions.

We help to punctuate the rhythm of the play with songs from Moore’s Melodies. Luckily, the songs Martin chose are some of my favourites: The Last Rose of Summer, Silent O Moyle and the beautiful Lambert arrangement of She is Far From the Land. 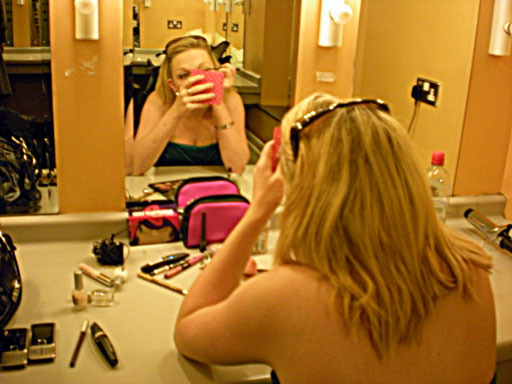 The most important bit!

Anna Louise I know from secondary school. We were reacquainted through competitions that I was the set accompanist for and so, here we are! It’s a small world.

Last night, my violinist Elina and I played for a town twinning concert in Tubbercurry, Co. Sligo, where I am from. I must confess to being very tired after the rehearsals and performance on Friday night but it came off fine. We were warmly received and it was so nice to meet many people that I hadn’t seen in over a year. It was what Elina calls a ‘karma gig’, because we didn’t get paid for it, but we were invited to their town in France to give a recital in our own right. That, to us, is payment enough!

2 thoughts on “On the road again”