I’ve been on the road for the last three weeks and got home on Friday. Directly after my last post, I flew to Finland with my violinist where we toured west, played some concerts and had a week of masterclasses. It was my first time to Finland and although I was so involved practising and playing to take any photos worthy of note, I really enjoyed it. We hope to return to a chamber music festival in the east next summer. It was a very quiet, interesting, beautiful country. After the masterclasses, we parted ways – Elina to Stockholm and me to Helsinki and on to Cologne, where I met Alb.

I didn’t know anything about Cologne before I went so it was interesting to visit! It’s in the far west of Germany and lies on the river Rhein. It was a really influential city back in the day due to trade coming and going through it. These days, however, it is a bit like any other big Germany city. It was bombed to bits during the war, which is a shame because the parts that survived are really well preserved. Unfortunately all other construction that happened since the war has not been in the same style and so the city does not have as much character as it could. All that considered, it does have this: 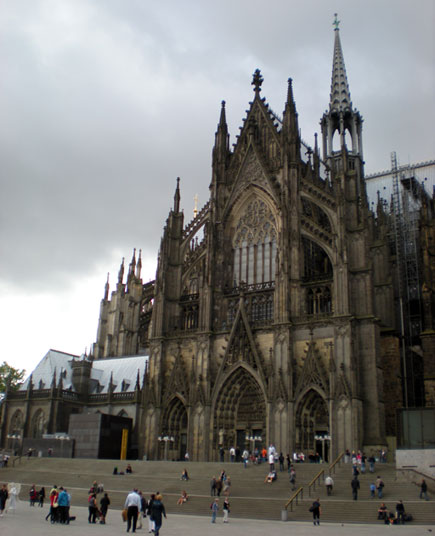 The Dom, or cathedral, was one of the only things to escape unscathed from the war. Apologies for the dullness of the photo; the weather was very dull when we were there. This is but one side of it. It is absolutely enormous. We spent three nights in Cologne and had seen pretty much everything worth seeing by that stage. 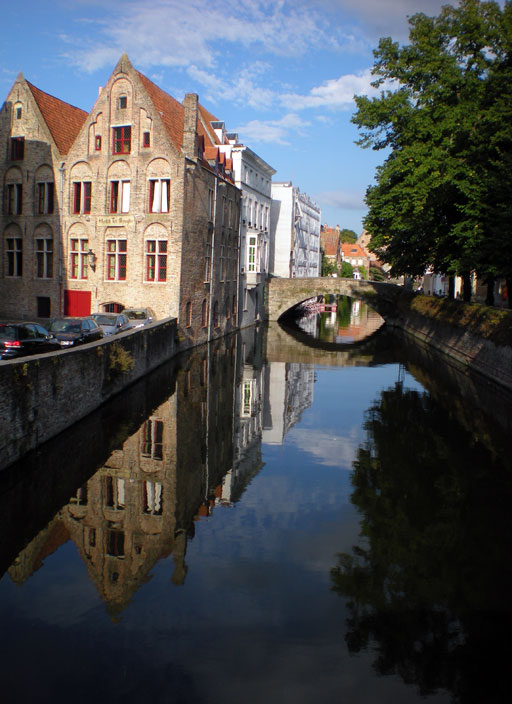 All I knew about Bruges was gleaned from the film In Bruges and even then, my memory was patchy. For a start, it is in the northern half of Belgium, which is dutch-speaking. I was very surprised because it is much more Dutch-looking than I expected, with tall narrow houses and many canals throughout the old part of the city. The old part is quite small and enclosed by canals but the city with its environs is large, with about 250,000 inhabitants. Add on top of this many, many tourists and you get a jammed-pack centre on Saturday. We escaped when we could! 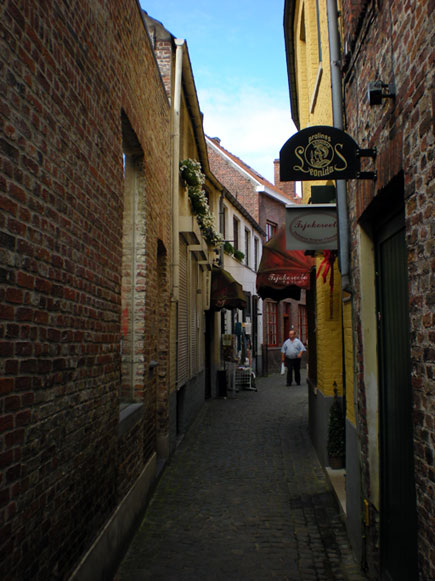 We stayed in an amazing little hotel, Hotel Fevery, which saved my life with its hearty gluten-free breakfast and quiet-yet-central location. As we stayed four nights, the hotel made a big difference to our stay. We were lucky with the weather so last Sunday, we rented bikes and cycled the canal route to Damme. It was only about 5km away and proved to be a popular watering hole for cyclists en route elsewhere. We took a scenic route through the countryside further north and eventually looped back home. 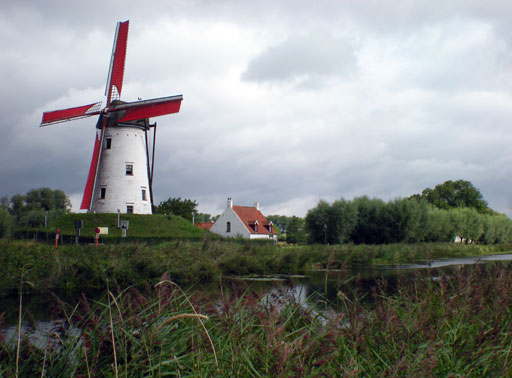 Onwards to Delft then, which is in south Netherlands and is much smaller than Bruges. Although my photos of Bruges, Delft and Leiden do not differ much in terms of tall, narrow houses and many canals, Delft had its own feel. In this part of the Netherlands, Belgian beers have a strong influence and the eager tasting sessions continued! Delft is obviously famous for its delftware – the blue and white ceramics – and it was nice to see potters and ceramic artists still active within the field in the town. Its other claim to fame is that Vermeer lived and painted there his entire life. The Vermeer museum there unfortunately did not have any of his original paintings but gave a very interesting look at his life and small body of work. 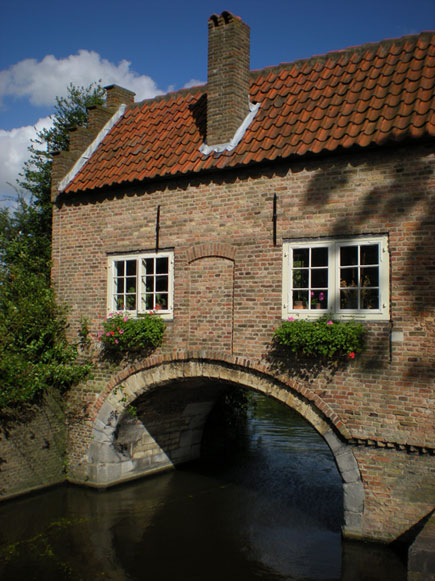 We had a day and a half in Leiden before flying home but unfortunately the weather turned wet and windy. Despite that, we soldiered on and visited Rembrandt’s birthplace as well as one of the main museums, the Lakenhal. There was nothing to see there from Rembrandt himself as most of his paintings are in bigger museums, but it was extremely interesting. Back in the day, Leiden was the epicentre for cloth production, dying, grading as well as import and export and the Lakenhal was sort of the cloth customs house for all of this. The building has been excellently preserved and is full of art from local painters of the Golden Age, as well as more recent local painters.

Of course, wool was found and there was much sitting on the suitcase to get everything in. It was worth it, though, and I have lots more to show you now that I am home.