My father gave me this great learn-Italian set of CDs and a book from the BBC a while ago. Before I came out, I covered the first section easily enough. I had hoped to do more but was so busy working and trying to squeeze in extra preparation that it ended up taking a back seat. On the plane over I realised that the extent of my Italian was how to ask for five different types of coffee, ask where the toilet is (but alas not understand the answer!) and count up to ten. My hosts’ English is limited but when they speak clearly in Italian, I understand them quite easily. I think this is because the root of many words is similar to that in French, which I know well. Now we converse in a funny sort of Italiano-inglese. By the time I went to the market on Saturday, I felt confident enough in my phony French-with-Italian accent to buy wool. In fact, when I do this generally, I fare better. If I ask if they speak English, often people get flustered and then defensive. Easier if I’m the one who speaks poor Italian rather than the reverse, if you get me!

Anyway, this is what I came away from the market with. Cotton and linen are the most popular fibres here for obvious reasons but the guy was also selling ‘winter wool’ because the weather has been so poor here (They consider 18C and cloudy to be poor for this time of year. Yeah. My sympathy doesn’t go that far either.) I have been going through a real phase of fascination with Zakka and all things for the house. I have a nice book called Lacy Crochet which calls for fine cotton for a lot of the projects. I got these three. 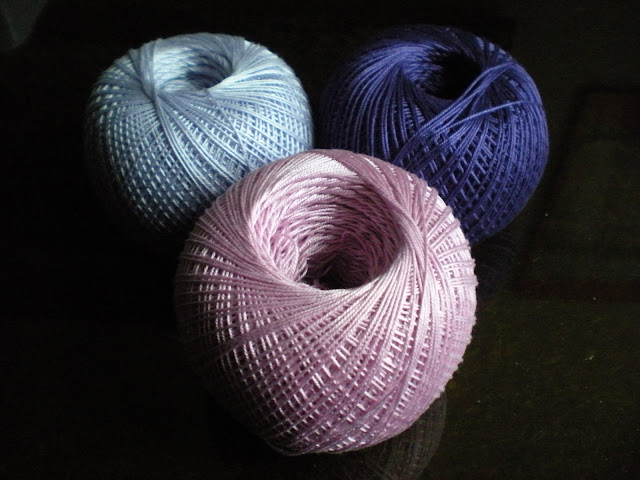 100% cotton, 340m per 50g, a staggering €1.60 a ball. Of course I had to try it out straight away so I whipped up this wee doily from the book. Apologies for its crinkliness, it really needs a good blocking and perhaps some starch. 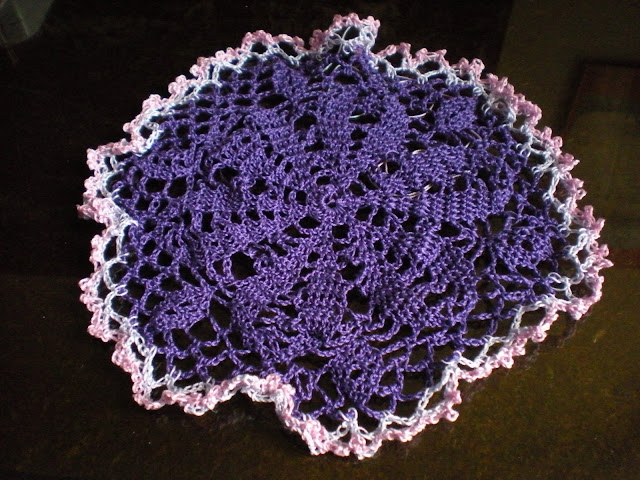 He also had heavier weight cottons but those I can get fairly easily at home so I went for some linen instead. This I bought specifically with tea-towels or a mat in mind. 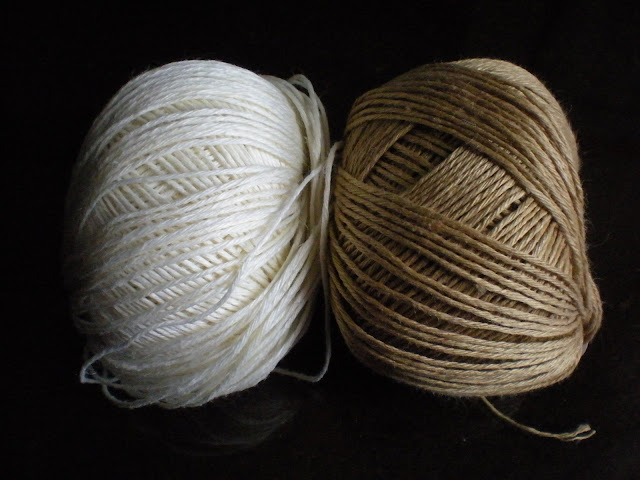 The market was very interesting. It’s not a good market by my family’s estimation but really, it had everything you could think of. I enjoyed looking at the cheesemongers’ stalls and also at the vegetables. Every vegetable stall sold huge nets of… snails. Initially I thought they were oysters because they were wet and drippy. But then I thought that they couldn’t be since we’re so far inland. That’s when I noticed the many, many antennae straining and wiggling. Whose fantastic job was it to bag up all those guys? I also wonder how long they last for. You’d probably need to cook them all together. But from prior experience, you can only eat so many snails in one sitting.

Anyway, there was also a guy selling pet birds and different types of eggs. Hen eggs, fine. Tiny little white eggs I found out later that are quail eggs…. and absolutely gigantic, creamy, dimpled eggs that looked like dinosaur eggs. ‘Uovo di Struzzo’. I looked it up when I got home: ostrich eggs. I’m not kidding, they were about 20-30cm long and 15-20cm wide. Apparently you make big omelettes from them. No duck eggs, curiously enough.

I also finished up a square doily I started a few days before I came over. It’s quite large so here’s just a corner to give you an idea. 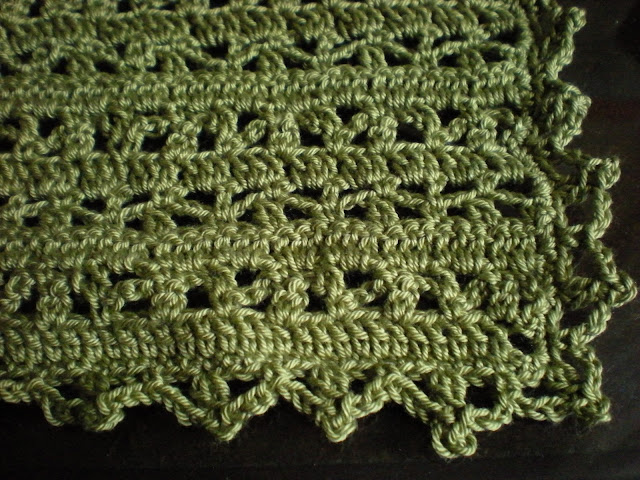 Tivoli Cruise cotton, 4ply, and the pattern is from the Lacy Crochet book I mentioned above. I used a 2mm hook. It’s to protect one side of the desk of my piano (the desk is the music stand on a grand piano, it has a shelf on either side of the stand and the whole thing can slide in or out). II’m going to make a matching one in blue for the other side.

I played this morning so now I am taking it easy. I find out tomorrow evening if I pass into the next round. I don’t expect to – I’m not being pessimistic, rather, realistic. I was happy enough with how I played, considering the overall situation. It takes courage! Especially if you follow a German lass who quite literally slashed her way through a Beethoven concerto with a sledgehammer. Oh Madonna… I did the best I could do for now. It could have been better, but also much worse. The next one I do will be better because I’ll have done this; and the one after, a bit better again. For now, espresso and a doily await!