On Saturday, the Lilienthals and I went for a trip to Craftspun. They recently opened a new bricks-and-mortar shop in Johnstown. I had heard lots of good things about it but never managed to get down to visit the place. Anyway, a while ago, I ordered some new parts for my wheel and last week, Warren (the owner) called to say that they had come in. I had an exam as well as a recital on during the week so we made a date to go down on Saturday. 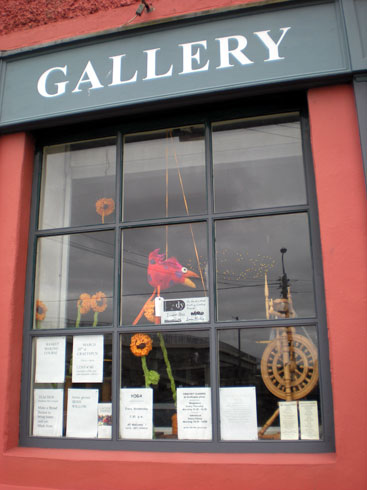 It was really easy to get to. We took the M50, came off at the Red Cow for the N7 and drove until we saw the sign for Johnstown. It was Junction 7, I think. It took about 35 minutes. Once off the motorway, we drove through the village and there it was. I didn’t get a very good picture of the shop front because there were a lot of parked cars but you get the idea!

The parts I’d ordered were a few extra bobbins, because my wheel only came with three, and a jumbo bobbin. When I was spinning an aran weight for my next project, my bobbins kept filling up really quickly and my skeins were tiny – about 40m to 50g. I figured if I went with the jumbo bobbin, I wouldn’t have such a problem and I’d be able to spin some funny art yarns as well. I haven’t tried it out yet but I’ll let you know when I do! 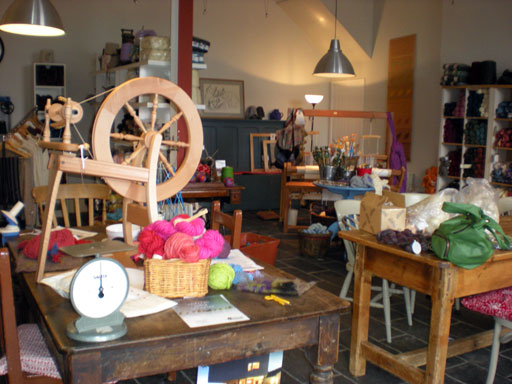 Anyway, Laura and I had a great time chatting to Warren and looking around the place. He was so generous; he gave me some fleece samples from fleeces that had been dropped into him in the shop. One was from a freshly shorn lamb – it’s very fluffy but will need a wash. Another was from a cocoa-coloured alpaca that had been shorn with a scissors. I will show pictures of both when I get a chance, and talk more in detail about them. I got some ‘regular’ Wenslydale tops to keep me going, as well. 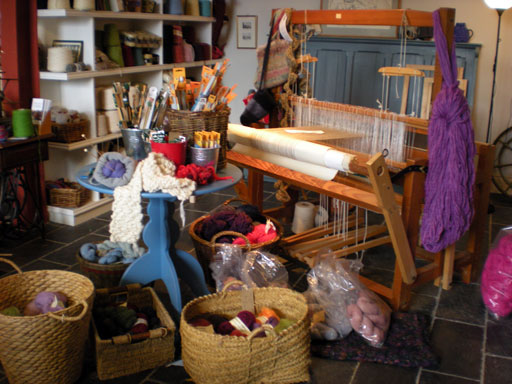 Truly, it is a fibre enthusiasts shop with samples of felting, weaving, spinning, knitting, crochet lying all around. It is so nice having a supplier of natural fibres in the area! By the time we were finished, it was lunchtime so we went on to the Kildare Outlet Village for a bite to eat and a mooch around the shops.

All in all, a fruitful expedition that I had looked forward to all week (exam and recital both went reasonably well, thankfully!). Thanks again to the Lilienthals for accompanying me!

4 thoughts on “A trip to Craftspun”