Look what my brother brought me back from Finland! He has been over there for work for a few months and managed by a funny stroke of luck to find a copy of it – a friend’s mother had it in a box of knitting stuff she’d been given. She sent it over with him. Aren’t knitters the best?! 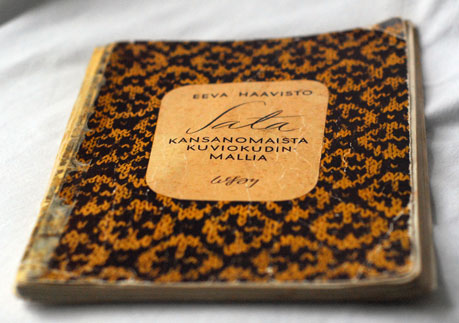 On my quest for this book, I found out that it was first published in 1947 and remained out of print until 2008. There is a meagre supply of the new reprint out there and can be very hard to get a copy of. Here I have in my hands a copy of the 1947 edition… but bought or gifted in 1958. 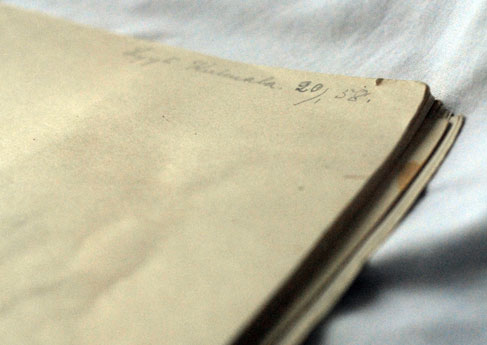 There is a substantial foreword – all in Finnish – from which I gleaned dates and words that I imagine to be fantastically exciting. After that come 100 charts, most in black and white, with only stitch counts, indication of thumb placement and written explanation of the traditional colours used. While I suppose there is less information charted (in comparison to Selbuvotter, for example, which has charts for hand, palm, thumb and gusset increases), this to me is more exciting because it leaves a blank canvas for what you want to do on the palm side. Things such as including my name and phone number for when I lose one or the other spring to mind!

What I love about the book is that it has obviously been used. I wonder which pattern she knitted first? What colours did she use? Did she make them to match her coat? Did she lose one or the other like I always do, and end up making another pair?! There are notes jotted on a few pages, some which are eerily familiar… the division by 4 for how many on each DPN! 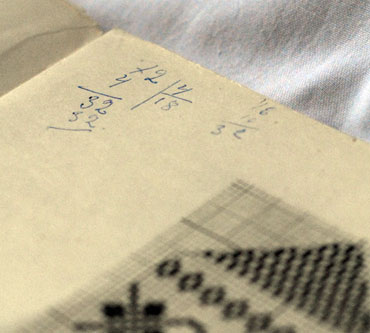 I realise that my fascination with mittens is a little unusual, especially since we rarely get severe enough weather to truly warrant mittens, but it has been a developing interest. It started with Favourite Mittens by Robin Hansen, a collection of traditional mittens from Maine and western Canada. Although the patterns didn’t excite me particularly, a large portion of the book was given over to the history of, and interviews with, the people who had donated the regional patterns which I found very interesting. This was followed by Latvian Mittens by Lizbeth Upitis which, too, had lots of history but mittens mostly too OTT for my taste. Then there was Selbuvotter by Terri Shea. This has just the right mix of history and wonderful Norwegian patterns. I’ve knitted three pairs out of it so far. And, although not technically traditional or historical, there were the Snail Mittens from The Knitter’s Book of Yarn.

I think the only logical conclusion is that mittens are to me what socks are to other knitters. Their heel is my thumb gusset. Their toes are my mitten tips. Their cuffs are my… cuffs. Ok. You get the idea. But aren’t mittens just so much more interesting? All the colourwork that make them warmer, work up faster, more fun! Don’t you feel like casting on for a mitten right now? I do… but I have a problem. I have no idea which one to knit.