There has been a lot of talk these days about ‘springing forward’. Last week, I became convinced that I had lost one of my Brittany double pointed needles. I had been lugging my sock around with my spectacular pile of music and discovered on Friday morning that I was missing one. It cut me up, it really did. Not only would I have to wait at the opticians with nothing to do, but I would have to live with the knowledge that my needle was sitting under a cushion in St John’s cathedral… or between the floorboards in the Presbyterian Hall… or in a bin with the plastic bag I threw away… or on the bathroom floor in the Tower Hotel. I eventually accepted the inevitable and continued my sock on three instead of four needles. Anyway, last night I was looking for a scissors and picked up the backpack I’d had with me in Sligo. Whatever I did, I managed to sort of pick it up and fall forward over it at the same time. An awkward manoeuvre, yes, but I found my needle! My omniscience was such that I had tucked my extra needle away in a tiny little pocket in case I would lose it. Sigh. It only took a week to find.

So yeah. Contrary to popular belief, the Feis was not only manageable but a bit of fun, too. I didn’t get much knitting done the days that I was working but I made up for it over the weekend. I finally finished the grey sleeves of death. 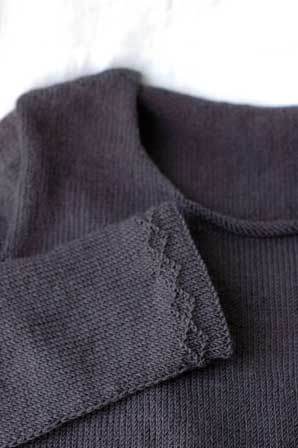 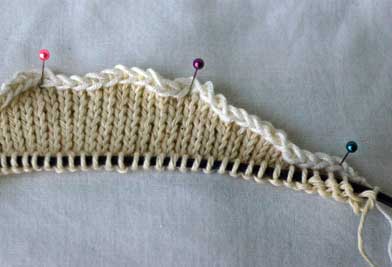 A little summer t-shirt out of Sampa natural cotton (so soft!) for This is Knit. And I started a wrap-around cardigan for myself out of Rowan Kidsilk Aura. It was the colour. I was powerless in its presence. Surely you can understand. 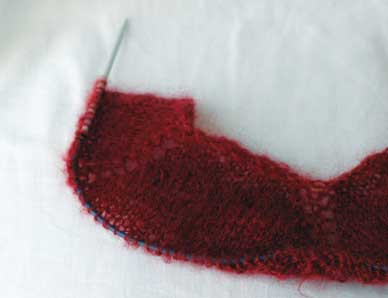 So things are back to normal here, such as it is! I am teaching a colourwork class at TIK this Saturday morning. The class will cover stranding techniques and be put into action with a straightforward hat pattern. To be the best of my knowledge, there is only one place left! I will also be teaching a class on Professional Finishing on April 26th and a beginner’s guide to crochet on April 27th. Yes! Crochet! Nothing to be afraid of. And for those of you who are spluttering into their tea and saying, a knitter teaching a crochet class? I crocheted for at least ten years before I picked up my needles in earnest so I’m not really chancing my arm (this time).

If none of these classes appeal to you, there are going to be loads and loads more classes run between now and September. Beginner courses are going to be run every month and the design class I taught in February will be back with a vengeance at the end of May. We also have some really exciting things up our sleeves but you’re just going to have to wait to find out what they are!