It’s been a mixed bag already this week. I’ve been taking part in a swap on the Irish Knitters board over on Ravelry. We each get a secret pal to spoil, and in turn are spoiled by another secret pal. I have been busy loading up on stuff to send off to my pal so wasn’t really expecting to 1. get my spoils so soon and 2. to be spoiled by someone I know! My secret santy was Heidi and she gave me my parcel at the Glasnevin group on Monday. Look what was in it! 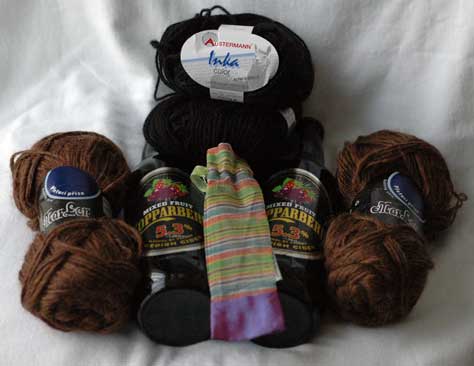 The yarn is from Prague – the brown is a gorgeous wool and the black is the softest alpaca ever. The little parcel in the middle is a replacement set of Lantern Moon needles (if you remember this you’ll understand!) – I was actually really touched by this. Such a kind thought. The bottles? Two Kopparberg! (I am a regular drinker of Kopparberg at the group) Missing from the photo is a bag of wine gums. I wonder why… Good job, Heidi! Isn’t she the best secret santy?

The downside to such an upside is that I came over feeling very unwell yesterday. A while ago, I made a Moebius as a thank you present for Aoife O’Leary who did such a great job creating a dress for my concerto final in the NCH two years ago. I’d always meant to make her up something as a thank you – I got some other things made up while I was at it and I have worn them to death, but they still look great – but kept letting things get in the way. So yesterday, I dropped up to her studio off Grafton street to say hi and drop off the scarf. I’m very happy to report that it really suits her and hopefully will keep her snug right through to Spring! Unfortunately I suddenly became very unwell while I was there. Aoife stuck me into a taxi home and I’ve been in bed since. I’m ok but I’m really glad I was there when it happened and not on the street.

But there’s always an upside to a downside, too, and my upside to being in bed is all the mindless knitting I get to do! I have been putting Heidi’s needles through their paces with the second of John‘s socks. (Be curious… have a look at that guy’s schedule… if I was doing that amount of things, I’d want some handknit socks too…) 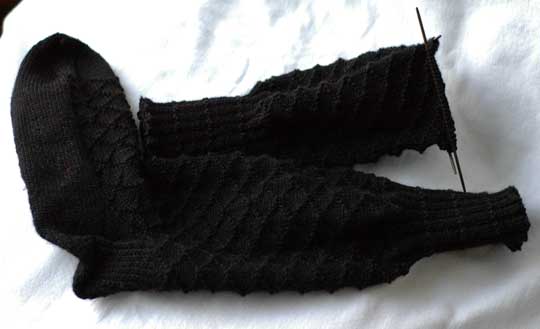 Nearly at the heel!

I have been dipping into my brother in law’s brioche hat too. This is very close to completion – and a good thing too because this needs to go in the post before the weekend. 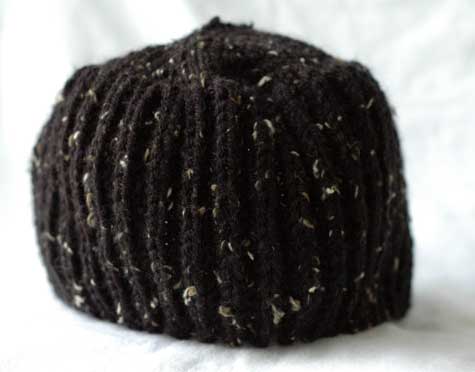 I finished the body of my mum’s cardigan a while ago but have yet to start the sleeves. The good news is that I got her to try it on Monday night and it fits perfectly. It is a great colour on her, I can’t wait until it’s finished and I can take some photos to show. Call me insane, but I am also really looking forward to the steeking! 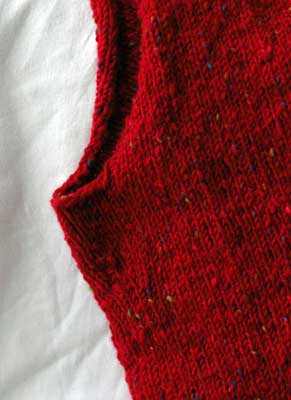 I put in a tiny bit of shaping to take the boxy feel out of it and it worked very well. 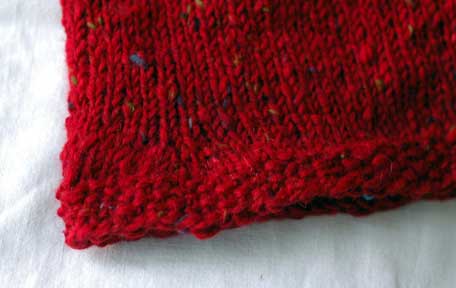 In other news, I have been really taken with this. You really can’t go wrong with one skein projects for Kidsilk Haze! 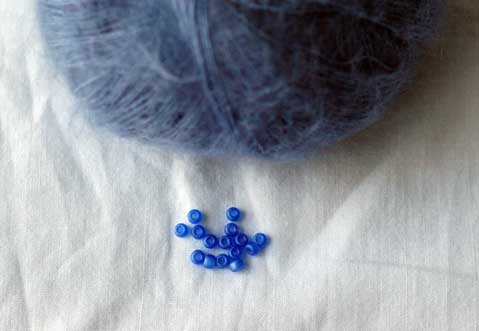 I was a little uncertain about the beads at first but now I like them. I probably won’t bother stringing them on to the yarn as I made sure to get ones with a big hole. I think I’ll try out the method where you use a crochet hook to pop them on whenever you need them. I have a 2mm hook and it’s just a little too big so when I recover and make it into town, I’ll pick up one those tiny 1mm hooks for filet crochet. That should do the trick!