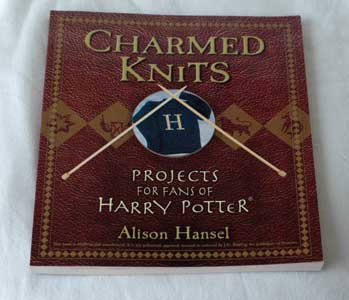 Charmed Knits is written by our very own Alison Hansel, author of the Blue Blog. Tagged as Projects for fans of Harry Potter, this book does not disappoint! I ordered it, sight unseen, partially to support Alison and partially out of curiosity. I expected it to be full of kids knits and not much else. Thankfully, I was wrong. 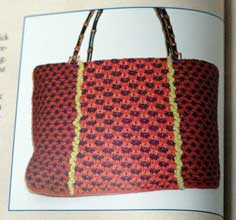 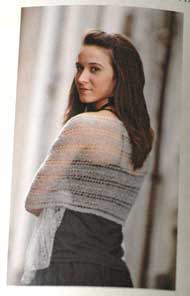 I must confess a love for the Quidditch socks. 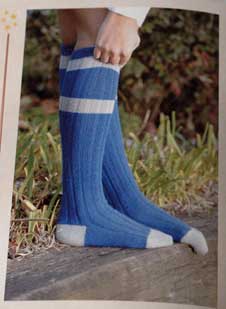 My favourite chapter in the book is House Colours. There are patterns for house scarves, hats, mittens, socks, sweaters (the grey V-neck with house-colour stripes featured in the films), as well as Alison’s Hip Scarf and the little Bookscarves that first emerged over on the Livejournal Harry Potter knitting communities. 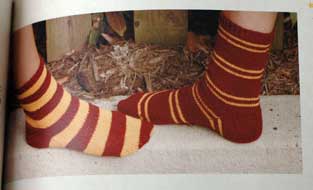 Guess what I’m making next!

The penultimate chapter, The Magic of Giving is a little weak. Put forth as gift ideas, they come across as the left-overs that didn’t fit into the other chapters. There’s another knitting bag, some Christmas ornaments, two baby ‘elf’ hats, a scarf, and my favourite… 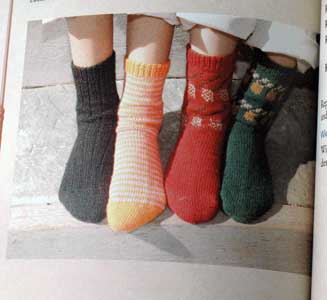 Home at Hogwarts finishes the book off well. This chapter includes some of the projects Harry, Ron and Hermione wore in the films – Harry’s red cable sweater, Hermione’s bobble hat and mittens, Ron’s animal cracker hat and Ron’s Raglan. I was hoping that Ginnie’s cardigan from the Goblet of Fire movie would be included but it wasn’t.

The patterns are clear and well written with larger-than-normal text. Pattern difficulty is rated from First Year (easy), OWL level (moderate) to NEWT (difficult). What I like most about the book is the versatility of the patterns. Sizes for most garments are given from a small child’s right up to an adult’s XXL. If you’re not a big fan of Harry Potter, but you have children, grandchildren, cousins or nieces and nephews that are, then you’ll never be stuck for something to knit for them. There are quite a few costume patterns throughout the book which could be knit up for childrens’ Hallowe’en costumes, for dressing up games, or for the more dedicated adult fan!

If Harry Potter knitting is your thing, join the Knit-a-long for the book. There is a free pattern for house-colour hats available from the book on the KAL site.

Also worthy of inclusion here are some other Harry Potter related patterns that I found on other blogs last week. If you’re more of a Slytherin knitter, these might appeal to you! I really love this Dark Mark Illusion Scarf. You don’t see many illusion scarf patterns around – the only other one I can think of is from the first Stitch’n’Bitch book. This is excellent! If you’re more of a bag knitter, have a look here for a Dark Mark Bag.