I have discovered the joy that is chocolate milk. It’s an ingenious cheat. It’s very chocolatey… but it’s also milk, so it’s good for you! However the path to chocolate milk is lined with peril… the chocolate milk mustache. When I returned from the shop to see that mine had been inadequately licked away, it reminded me of how I occasionally used to wish for a mustache. No ordinary furry upper lip would do me… I craved one like this. Can you imagine how distracting that would be? I’d probably go so far as to grow one that would impair my vision. Anyway, I have come to the conclusion that I’m probably going to have to settle for a chocolate milk mustache if I want my life to stay relatively normal.

It’s the time of year. I have been stewing away this weekend over impending finals in June. What better way to avoid facing exams than knitting? 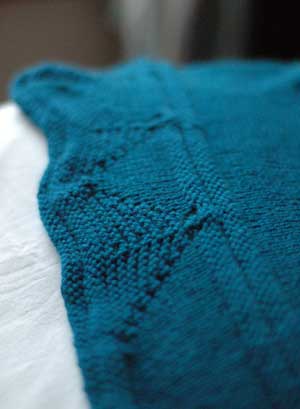 I finished the body of the Puff Sleeved Cardigan and… it is still too big. This is a mystery to me because I have been trying it on vigilantly as I was going along and it fitted fine. The minute I cast off, however, it saw its chance and grew by about two inches. The only explanation I have for this phenomenon is that I didn’t ‘reset’ the yarn after I unravelled the first attempt. This should mean (and don’t correct me if I’m wrong, I don’t want to know!) that it will shrink back into its original state when I wash it out. If this doesn’t happen, I’m throwing it in the tumble dryer until it fits me. Really, it doesn’t make sense because the one sleeve I’ve knit fits perfectly with just the right amount of puffiness.

Needless to say, my zeal has finally worn thin. Thank God for Cashsilk. 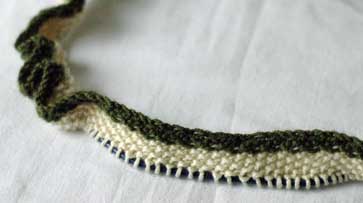 It will be a V-neck capped-sleeve top. I must confess that I do not know how to construct a capped sleeve, but I have managed to come up with two options. The first is to just knit a sleeveless top, then knit two triangles and sew them on. The second is to include the sleeve into the top as I’m knitting up – in other words to increase out over the arm. This option would need short rows to shape over the shoulder (unless you know someone who has arms that won’t stay down – a teacher that likes to point at the board, for example). I’m leaning towards option one because frankly, option two has the most potential for disaster, and option one gives you the choice of having a capped sleeve or just a sleeveless top.

I had a complete crisis about this design before I got into bed last night. I have decided to put in darts instead of waist shaping at the side, which sounds like a good idea, but I started panicking about it. I think it’s the time of year – it’s just knitting for goodness sake! I’m going to try and hang on to the mustache until I get through the exams.

3 thoughts on “Hang on to the mustache”