Well, you’ve seen the woolly part of Donegal, now it’s time for some scenery! We headed west from Donegal town, which was where I met Clare O’Presco, the weaver. We passed through Kilcar but everything was shut up so we kept heading west to Teelin. There wasn’t much to it – a pub, a shop and a pier – but it was the last point of civilisation before we headed out along Sliabh Liag. These cliffs are actually higher than the Cliffs of Moher, but I’d never even heard of them. The road out to the best viewing point is ridiculous. Narrow roads are standard in Ireland but these roads were just crazy. They were narrow and bendy, running along sheer cliff edges, and with hills that you could only go up in first gear. Ask Alb about it! At one such crazy bend, we pulled in for a better look of the little bay below. 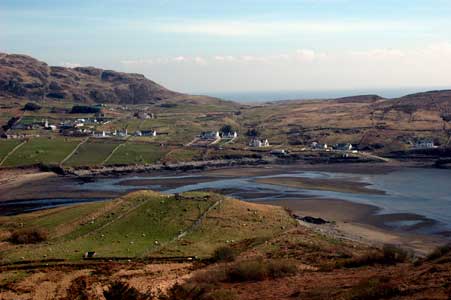 It was worth it when we got there of course. To the right you look further west along the coast (unfortunately Photoshop doesn’t do much about hazey sunshine). 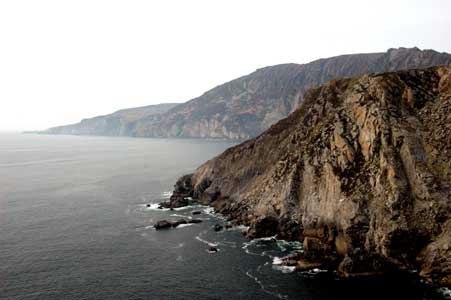 Immediately to the left of the parking spot was a large promontory. See the little castle? We hiked out to it for a better look. 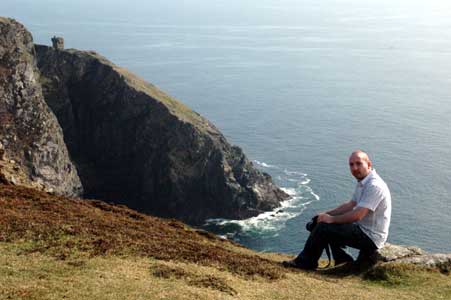 From the end of the promontory there was a much better view further east. 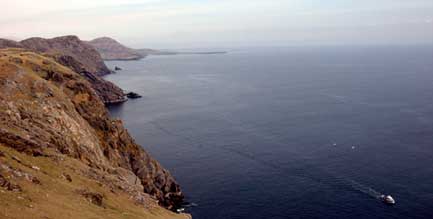 The little castle seemed to be some sort of a look out tower. None of my pictures of it were any good. I spent a long time taking shots of the fantastic rocks and lovely little rock flowers and lichen. 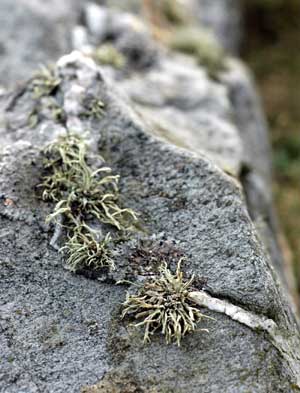 When we returned from the promontory, we headed back to the car. I sat down while Alb continued out west and hiked up another ridge. He returned to tell me that you could actually hike all the way along the cliffs. By that stage it was late in the afternoon and tea was very much in order. Maybe another time!

I threw a little tantrum last night. I thought I’d run out of wool for my Puff Sleeved Cardigan. Honestly. This is the fourth project in a row that this has happened. What provoked the tantrum, though, was my conviction that I had at least another two balls hiding somewhere. Don’t ask me why I was so convinced, I just was. I gave up in disgust when I couldn’t find them and just finished off my first Jaywalker sock instead. Then, when I was looking for my nail clippers, I opened up my camera bag and there was one ball left inside! Yippee! I have progressed onto the Peplum – or the shaping at the bottom for the hips to you and I – and fingers crossed I’ll have enough to finish the body. I can’t imagine I’ll have enough to do the button band and finish the sleeves, but for some reason I can live with that. I found my nail clippers, too (I have this piece that goes really fast and when I practise it, my nails grow quicker – scientific fact).