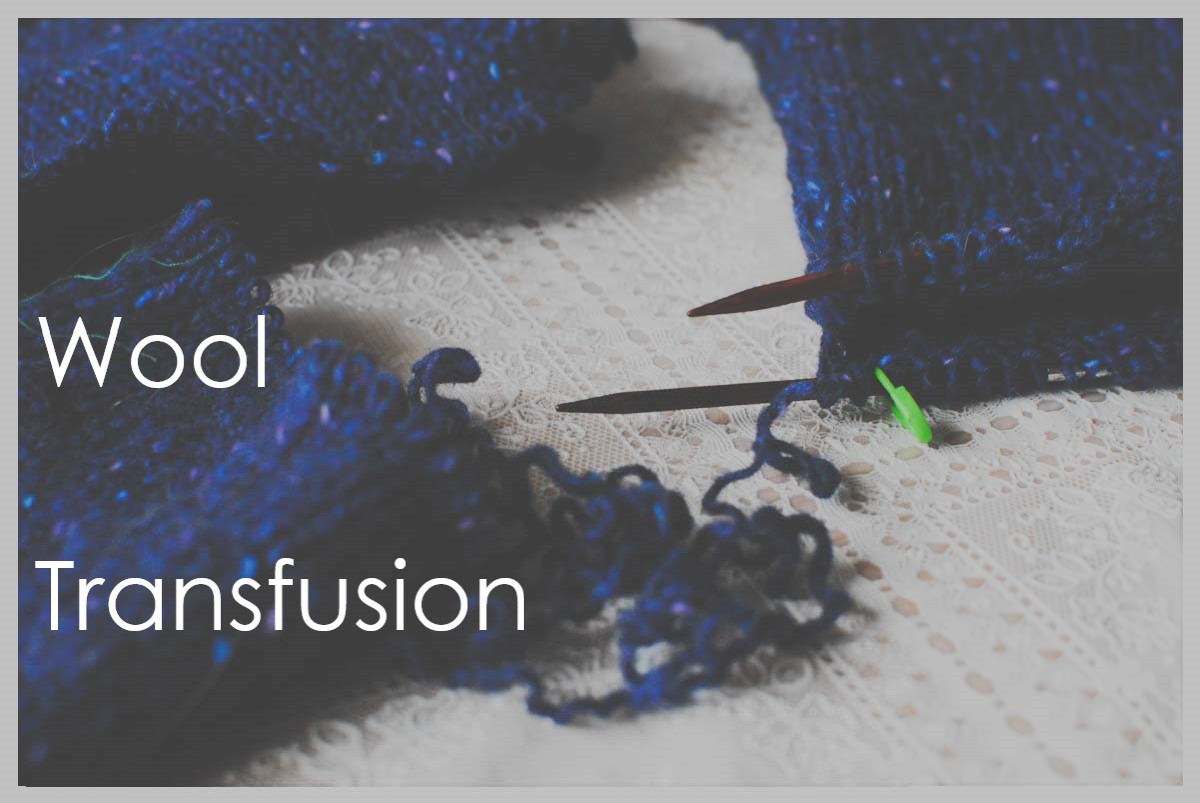 Have you ever performed one? A wool transfusion?

I think we have all been there, knitters. The summer feels long, but the days fly by. You think you have all the time in the world to finish that jumper for a September birthday. You try something new this time – a top-down saddle shoulder. It looks lovely! On and on you knit. The body zips by, followed by not one but both sleeves. Finished already! This is marvellous! Hmmm. Strange to have so much yarn leftover. Hmmm. It’s not as big as you expected. Hmmm. Let’s try it on! Hmmm. It’s a bit snug. HmMM. It’s for someone much bigger than you. HmMMEEK!!!

Time, my friend, is now truly of the essence. No time to panic or overthink, just to quickly perform a wool transfusion and cast on the new jumper immediately. No need to check for wool type – all wool is B+. I knit on (and on and on), taking comfort that one jumper is helping another on its way, and not thinking at all about how very long arms are.

Ok, so the original failure was purely down to this knitter’s inability to factor ease into measurements that my own hand had taken. ‘Skin-tight’ doesn’t even come close. I could have cast on again for the same sweater with more ease included, but the top-down saddle construction, though fun to knit, has quite a few steps involved, and I needed to get out of the gate as quickly as I could to make up for lost time. I thought about reknitting a pattern that had been extremely well-received previously (Cobblestone, by Jared Flood), but the idea of knitting each part from the bottom up was so tedious to even think about, that I quickly abandoned it. Well, sort of…

Anyway, it all seems to be going fine now. Only… I’m not sure if I’ll have enough wool.