Happy weekend! Did you happen to notice how today seems a little brighter than usual? That the planet is somehow better aligned…? That would be because, after a whole week of (thinly disguised) patient waiting, I finally received the replacement part for my sewing machine! Thank the heavens. There was a LOT of cutting out this week. You’ll see the fruits soon, I hope, but for now, here’s something I finished a while ago.

The ‘Liverpool‘ was the very first shirt pattern I used (see here!) and I have to say, for a total shirt novice, it was perfect. At the time I bought it, I never, ever considered that a shirtdress, which is a variation offered in the pattern, would ever be on my agenda… but here we are. 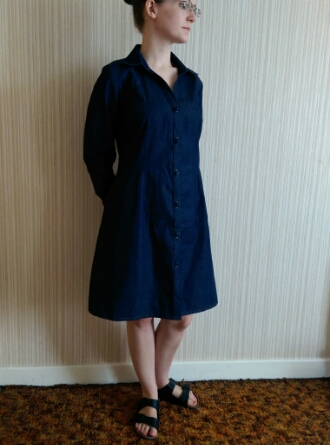 For this, I used a lightweight denim found in Hickey’s. I think it was about €12/m and I needed about 2m. I made the same adjustments that I made for the other shirts – I added an inch to the centre front and I took about 2cm out of each sleeve cap. 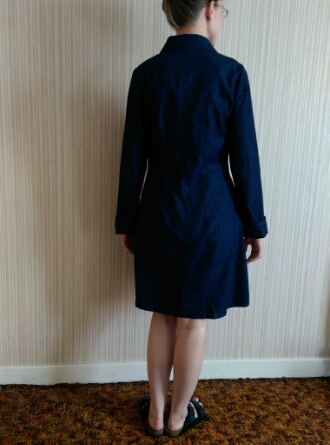 A feature of this design are the double darts on both back and front and I really like the fit it gives. That said, I think a dress this dark benefits from a belt. 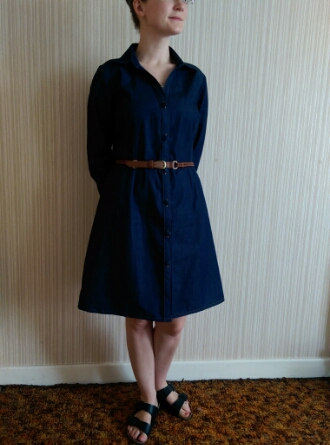 When this was in the planning stages, I had an idea to use a fantastic little fat quarter I picked up a while ago. I was thinking to use it for the inner collar stand to give it a bit of life. In the end, I decided not to, as it would be more versatile if it remained plain. Since I wear neck scarves a lot (usually when cycling), I decided to just hem the fat quarter and use it this way. 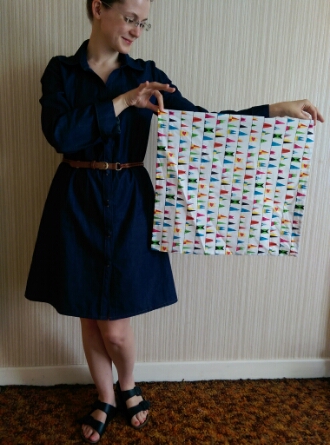 I think the pattern is based on maritime flags.

And yes, the end result is a little zany BUT it can be removed!