It has been a long time since I shared any knitting here but that’s not to say I haven’t been doing any. The truth is that even though I still knit every single day, a lot of it is pretty perfunctory stuff. And I suppose one must face the fact that, after many years of sweater knitting, you don’t need that many jumpers. I wear handknits constantly (particularly Salina, my red hoodie, my Graystone sweater…) but haven’t felt a particular need for anything new now in a while. I cast on for a Larch cardigan last weekend in a teal merino. At the moment it’s just a big square but I’m hoping to get to the armholes over the next few days. It is perfect tv knitting. 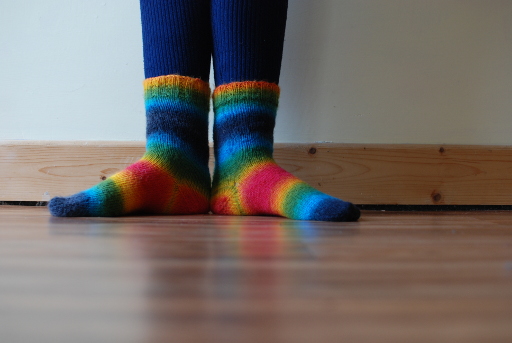 For these I used Katia ‘Darling’ from This is Knit (see here). I bought two balls but only used maybe a third of the second one. Obviously there was a bit of wastage (sort of) by making them as identical as I could but I have very small feet so I knew I had yarn to spare. 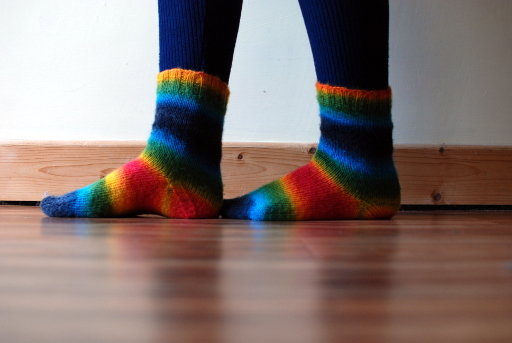 I tried out an afterthought heel on these and it worked really well. It meant I could just plough on knitting my tube and think about the heel much later. I think Elizabeth Zimmermann talks about it in at least one of her books, and I found actual numbers and directions in Lucy Neatby’s ‘Cool Socks Warm Feet’. I couldn’t knit just one pair, so I tried a different colourway. 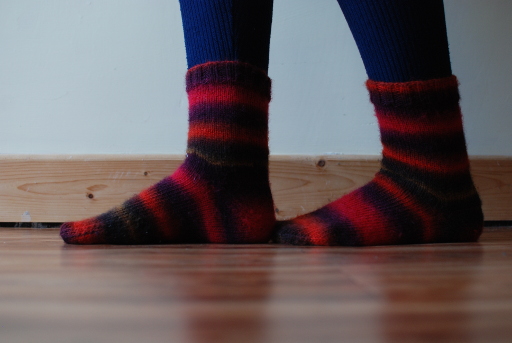 I love these! They’ve already gone a bit bobbly from being worn around the house. 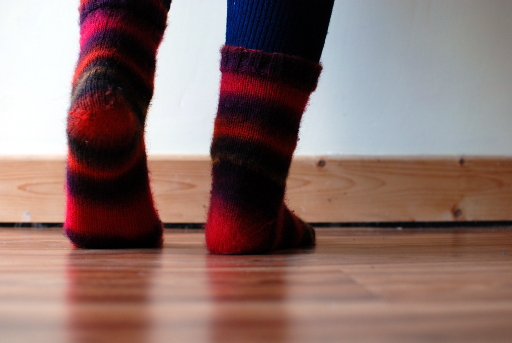 The downside to the afterthought heel is that without reinforcement (like nylon or whatever), I doubt they’ll hold up to the test of time. We’ll see! 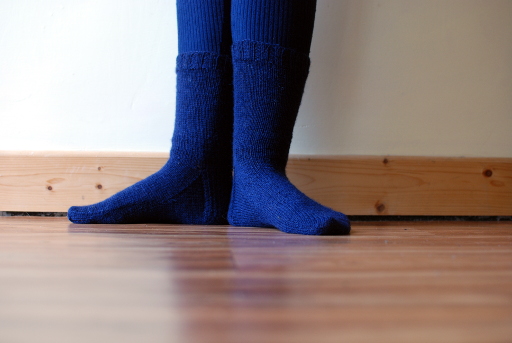 You’ll have to take my word that they are, in fact, the same length. Have a great weekend, one and all!