I have some things to show you! In fact, I have a massive backlog thanks to my photo failure the other day so let’s get going. I am well and truly on the Grainline bandwagon so here is my first of two Moss Minis. Apologies in advance for Asleep Face. 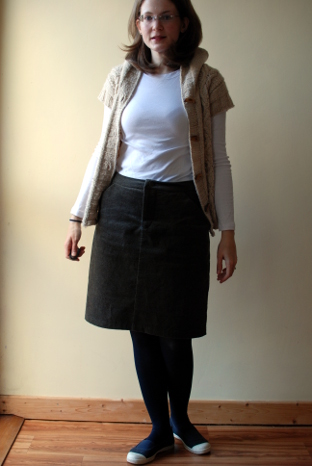 This was a wearable muslin in a way. I only had 80cm of a remnant bought about this time last year. So absorbed was I by the puzzle of squeezing everything out of this remnant, I totally forgot to check the grain. The whole thing is ‘upside down’ but I don’t care. There are a lot of things I love about this pattern. It is a really nice, casual straight skirt. It looks really nice from the back. 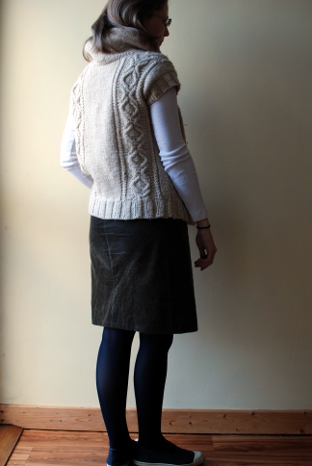 It has a great back yoke piece which you could have fun with depending on your fabric. 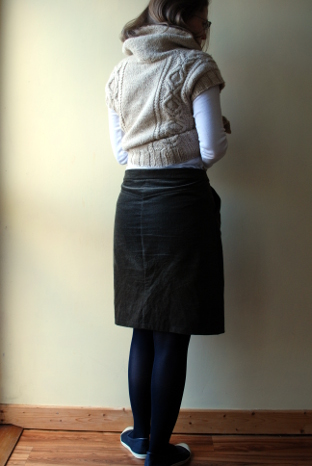 It has pretty much the world’s most perfect skirt pockets. 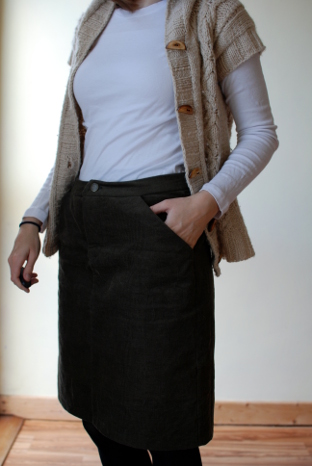 And the fly instructions are clear and easy to follow. 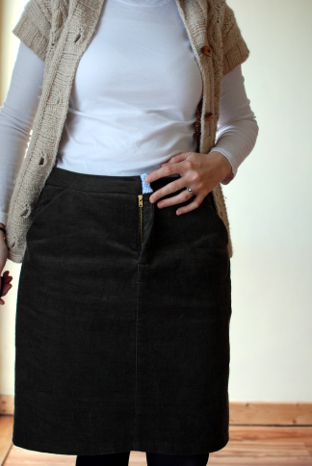 To recap the deets – this is the pattern. Mine, obviously, is not a mini skirt. I lengthened it by about 6″. I also tapered between a size 6 for the waist and a 10 for the hip. This took a bit of planning since the pockets are part of the front but it worked well. I used 80cm of 150cm wide olive corduroy, found in a remnant basket. It was about €8 I think. I used scrap fabric for the pocket linings and the waistband facings. It took maybe two sewing sessions so all in all, a neat little project.

There are many, many Moss mini skirts out there in Internetland by now but I think it’s one of Grainline’s more recent patterns, the Archer shirt, that has solidified her reputation for impeccable drafting. Here’s my first take (again, there are others to show). 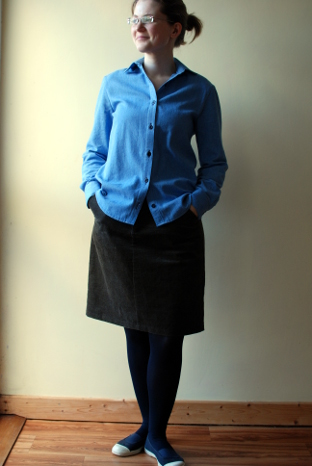 I had an overwhelming urge to make a denim shirt. For months. And for months, I searched for the perfect chambray but it was not to be found, not even online. I finally found this stuff in Hickey’s. 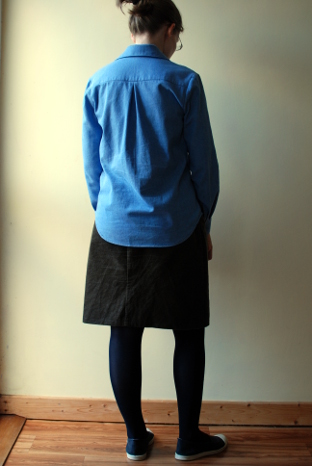 As you can see, it’s pretty much the ideal weekend/camping/travelling/sickday/beach day shirt. This is not the kind of thing I wear to work, obviously, but I’m not at work all the time! 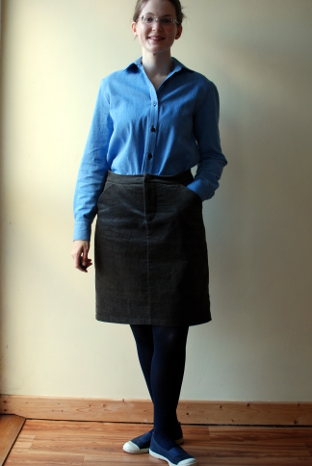 It’s a pretty good layering piece, and those shirt tails mean that if you tuck it in, there is definitely no draft at the back! 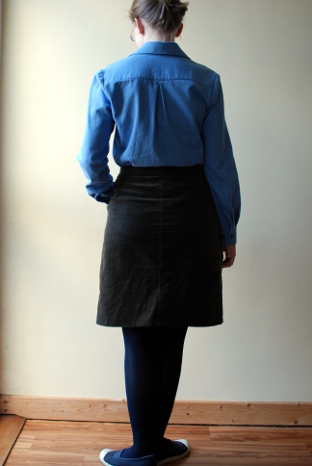 I really like the fit across the shoulders and the separate yoke piece means you can have some biased fun if you wish. 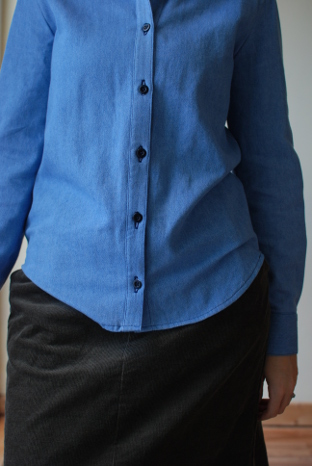 For some reason, it was the idea of a light coloured shirt with dark top-stitching that really had me going. Unfortunately for me, this particular chambray is so squidgy, I did a lot of ripping out, especially on the plackets. I did not expect such a problem. It turned out ok, though, I think. Also – I defy you to find buttons that are a true navy. Holy God. 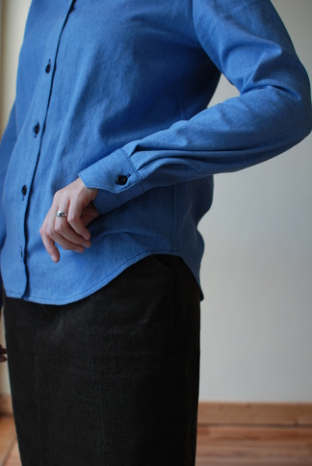 I love the angled cuffs. There’s the option to sew them straight, too, or I’m sure you could easily make them curved. 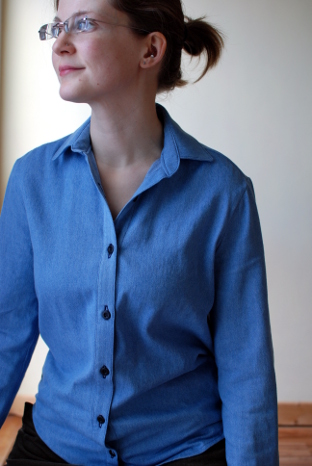 The collar is really well drafted and with some careful sewing, I was able to get my stand turned, sewn down and looking respectable from both sides. Easier said than done.

Again, I made some adjustments. After sewing the Scout t-shirt, which has a huge amount of ease, I was wary of this pattern. I have practically no shoulders whatsoever and oversized anything isn’t really a good look for me. After a lot of measuring of the pattern pieces, I cut a size 0, despite it being a good three sizes too small according to the sizing chart. I added 3/4″ total to the front at the widest part of the bust, tapering out from the neckline. On my next one, which I will show very soon, I also added an extra inch at the hips.

It’s not necessarily the quickest project, as shirts always take attention to detail, but I’m hoping it will end up being one of those indispensable multi-purpose garments.

2 thoughts on “A rolling Moss gathers no Archer”