Alb and I are in Vienna for a few days before I go back to work. It is quite the city. I think if I had to describe it in one word, I would call it ‘gluttonous’.

The city centre is full of buildings such as this: 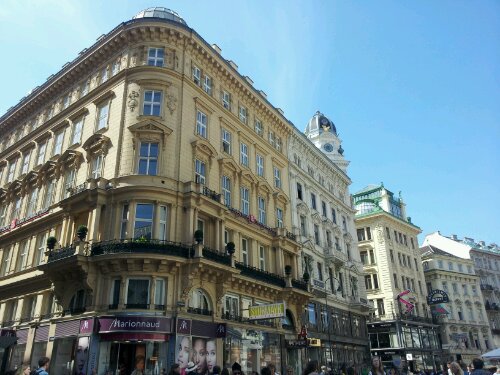 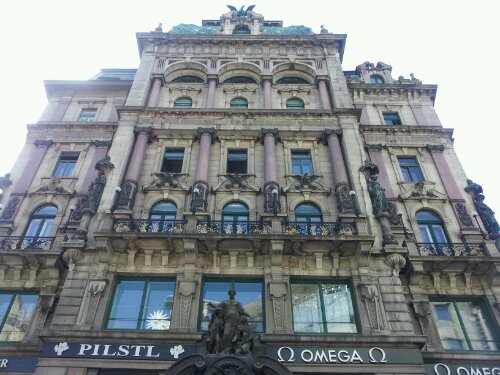 Everything is lavishly detailed and every building is different. You have to stop looking after a while.

We’ve seen some ridiculously ornate churches. Although Stephansdom is impressive due to it’s extravagant size, its interior is forgettable. Peterskirche, just down the street, is in another league. Take a look. 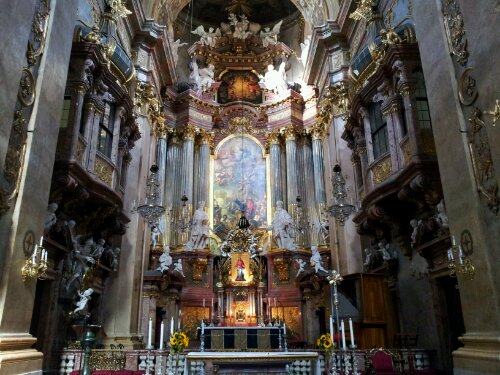 This is the main altar. Following is the lectern so covered in gold, it dazzles even the most gold-adjusted eye. 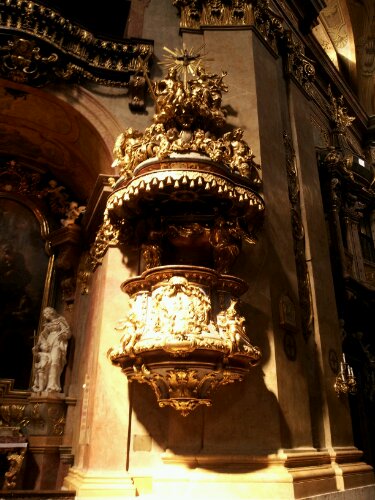 Above the exit were many beautiful murals… 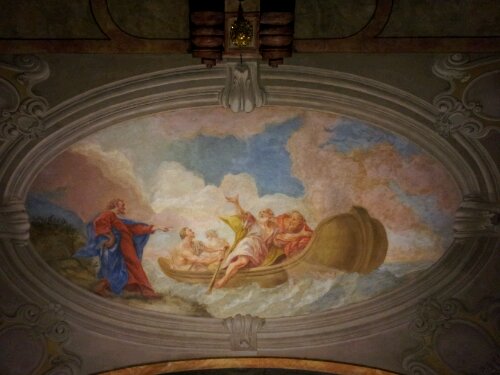 …outdone only by the extraordinary ceiling. 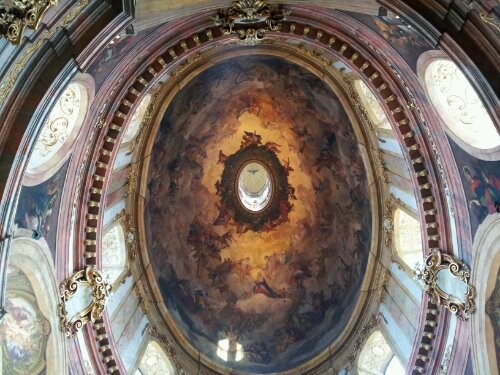 We visited the Imperial Palace and since no photos were allowed inside, you’ll have to believe me when I say that it is the most impressive palace I have ever visited. It was remarkable on a number of counts. Firstly, the guy who ruled predominantly from there, I think it was Franz Josef – his office and bedroom were extremely plain. Not just ‘I’m a king’ plain, I mean 14th century monk plain. It seemed he worked crazy hours to keep things in ship shape. A family tradition was that each child learn a trade and so portraits depict gardeners, musicians and artists, not just princes and princesses. Many of their excellent drawings were incorporated into the decor by the family. In one little room, the walls are decorated with needlepoint done by one family member.

Our ticket covered the palace and grounds, which are extensive and pristine. We did the zoo, too, and barely made it home, our legs were so tired!

The following night, we went to an open air screening of ‘Tosca’, the Puccini opera. It was the final night of the summer-long film festival at the Rathaus (parliament). As you can see, it’s quite the location! 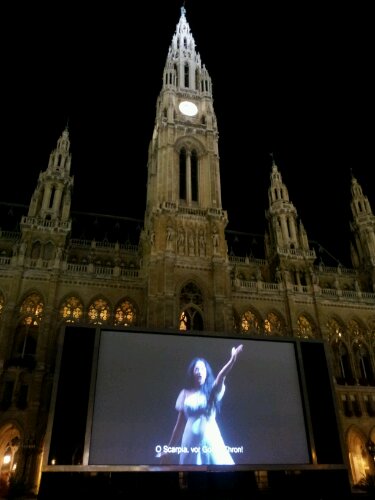 After the screening, they lit the building back up. 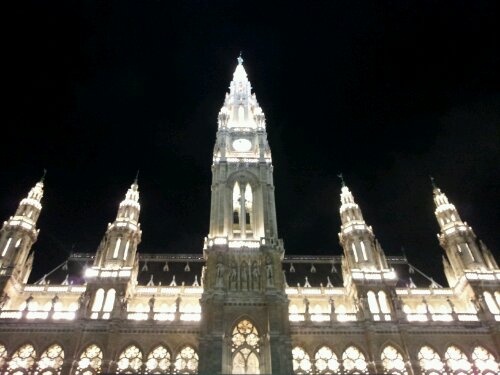 There has been a little bit of shopping (souvenir wool and the obligatory fridge magnet) but mostly our stay has consisted of excellent coffee, good food, taking it easy and looking up!

More to follow as we went to Bratislava yesterday…stay tuned!