Apologies for the dead air… I was feeling quite under the weather the last week and when I did rallied, I rallied in the direction of my summer to-do list. Anyway, the winners from my last post’s competition were Kimberly and Kim. Congrats!

Here’s what I’ve been working on lately. I knit the entire body and one sleeve of the Honey cardigan only to completely run out of yarn. I got a little bit more but as you can see, the colour was way off. 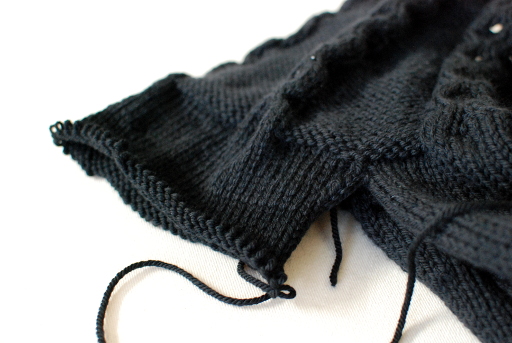 As it turned out, when I tried it on with just the one sleeve, I realised that I really didn’t like how it looked on me and I didn’t want to finish it. So I’ve ripped it out and I look forward to knitting it into a Hudson sweater. Sometimes it’s best to face facts.

Speaking of reknits, I became so infuriated by the errors in my orange Chuck sweater that I ripped the whole thing out to the armholes and reknit it. It had many, many errors in the front chart and the sleeve caps were awful. It never sat right no matter what I wore under it and consequently, only wore it once. I adore the sweater as well as the colour so I am going to give this another go. 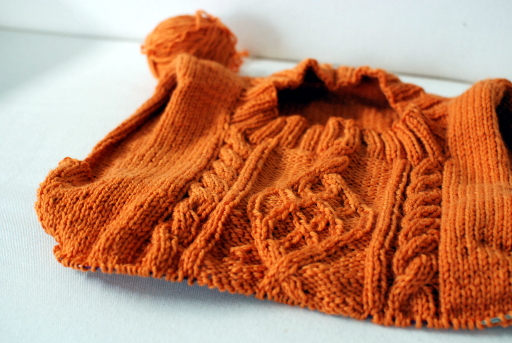 Yet another reknit! Well, sort of. I fell in love with Helene about the time we left on honeymoon and started knitting it up in a woolly sport weight. The yarn in itself is wonderful but not suited to such a drapey design. It languished until I released it about a week ago. I think the yarn will be fantastic for something else and in the meantime, have cast on in a linen. 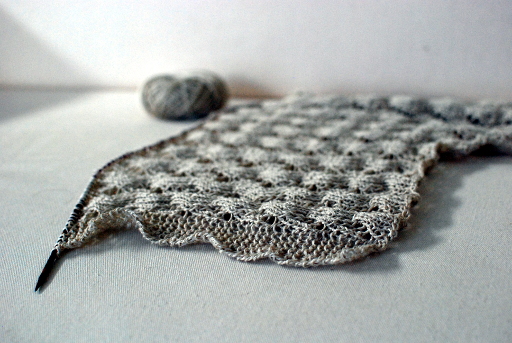 The recommended Quince and Co linen worked out at about £10 a skein (!!!) so I went with my local option, the Katia linen from This is Knit. It’s about €5 a ball and I only need 5. Linen, as a yarn, is very off-putting, I think. My swatch was very scratchy and scraggly-looking when I knit it up. However, when I blocked it out, it draped beautifully: 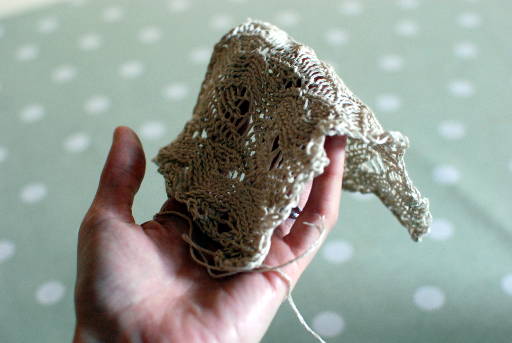 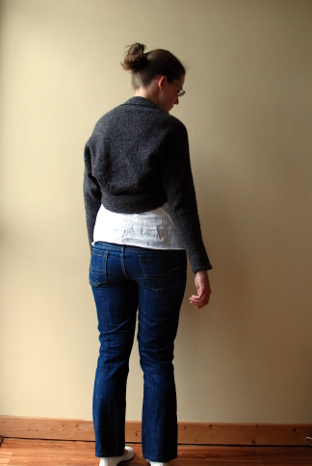 It’s from Wool People 3 and I knit it up in Jamieson & Smith Jumper weight. I think it took about 4 and a bit of the big balls (I think they’re 50g?). I made a few modifications. I knit the sleeves in the round and then turned them inside out. I also didn’t knit the back as wide as directed because I have really narrow shoulders. Even as it is, it’s a bit lumpy. The border was a pain to knit but it was worth it. I blocked it and found the border simply did not want to behave at all. So, I reblocked it there the other day and stretched the life out of it. The result is more drapey. I think, maybe, for a more drapey effect overall, you could go for a slightly thinner yarn. I love this colour, though, and am a big fan of the J&S wool for its sheer wearability (damp-proof, always the right temperature, perfect neutral colours, feels like it’s indestructable).