Here’s another one I finished a while ago. The only words that come to mind when I think about knitting it are moment of passion. 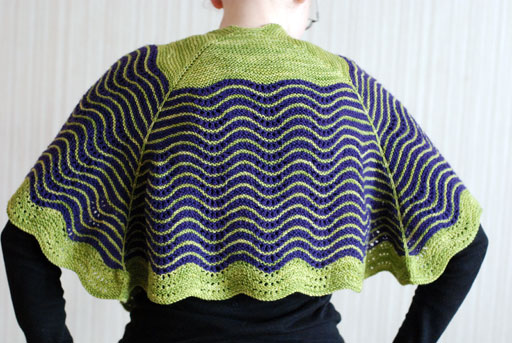 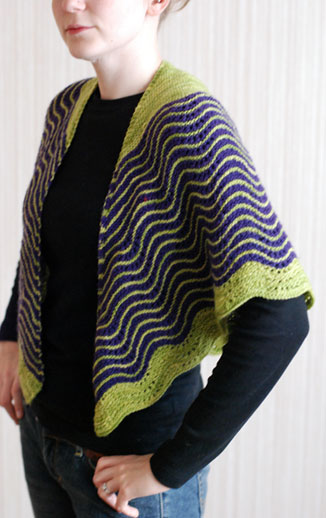 The vast garter sections of this shawl make for highly, highly addictive knitting. I would probably recommend it to someone recovering from ‘flu or a bad dose of a cold because it is wonderfully mindless and as you progress, it gets bigger and keeps you warm!

It was one of those impulse projects where I thought to myself, what am I doing? I am never going to wear this. I am going to look like a total granny. And granted, I do… but I never expected it to be so warm! I wear it a lot when I am practising. I sit with my back against a window and loves that it keeps the draft off my back as well as staying put. It makes a mega regular scarf, too. Perfect for these increasingly more wintery days!

Ok! Alb and I had a big photo shoot this morning and I have a lot of finished garments to show you over the next few days. Things went a bit mental last week when I got back from the one man play tour. I got last minute work filling in as rehearsal pianist for Wesley College’s Footloose which, fun and new as it was, involved learning an entire musical in two days! I have a few more busy days ahead but mostly things should settle down now.

I finished up this Drops cardigan at the beginning of July. 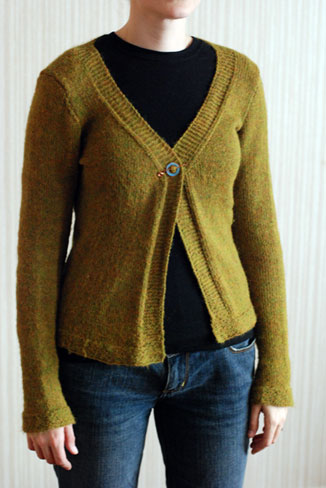 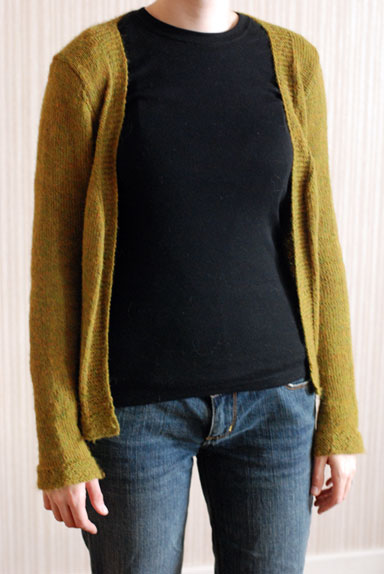 The pattern is very straight forward and easy to follow. My only modifications were to work the body and sleeves in the round to the armholes. I also forgot to add in buttonholes, which would definitely have been useful, but as I recall the weekend for buttonholes was also the weekend we got engaged so err… guess what wasn’t a priority! 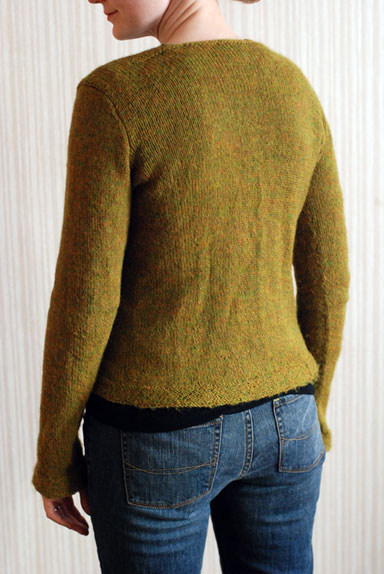 I wore this cardigan an awful lot towards the end of August when we were in Cologne, Belgium and the Netherlands. The weather was changeable and chilly at times. You can see the amount of wear along the bottom there. I was a little annoyed but at the same time, the alpaca is quite a soft yarn and some pilling should be expected. The creases in the back are just from being folded up for a few weeks!

Overall I really enjoyed knitting the cardigan and it’s a really good staple shape to have in my wardrobe. I will probably make another at some point in a darker colour.